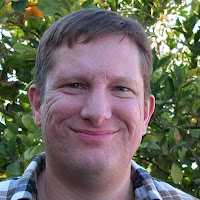 Dave Blount is a wingnut conspiracy theorist writing for the conspiracy site Moonbattery and occasionally for John Hawkins’s Right Wing News. His posts range from the expected (Democrats in Congress caused the 2008 economic crisis, Nelson Mandela was a “socialist thug”, Occupy Wall Street is a Marxist-Leninist revolution – no, Blount doesn’t know the distinction between “things I disagree with” and “Marxism”) to rather blatantly racist screeds claiming e.g. that “most Hispanics, like virtually all blacks, will continue to vote overwhelmingly on the single issue of using the government to steal our money,” therefore “[w]e are witnessing the deliberate obliteration of the greatest nation in history. Those responsible have used their control of the media and education establishments to get so far into our heads that I will be condemned as a ‘racist’ for calling attention to their race-based designs.” Yes, there is aconspiracy: “a cabal of hard left Democrats like Chuck U. Schumer and the child-molesting Bob Menendez have teamed up with backstabbing RINOs like Juan ‘Lettuce’ McCain and Lindsey Gramnesty to sell out the USA to uncountable hordes of welfare colonists.” Of course, in minds like Blount’s there are always conspiracies: “We really are in the early stages of a communist revolution,” says Blount; “[t]he Marxist-Leninist revolution (aka ‘fundamental transformation’) has been underway in America since Obama’s election” and “25,000,000 Americans will need to be ‘eliminated’ (i.e., executed) to impose communism in America.” Heck, EPA (“green Nazis”) has already conducted experiments “reminiscent of Joseph Mengele” to further their environmentalist-Marxist conspiracies to ruin America. Good thing his readers don’t demand that he back his claims up with sources.

Predictably, Blount has bought into (various versions of) the “government-is-stockpiling-ammo” conspiracy, and claims that the purpose is abundantly clear: Obama is planning an economic collapse and will need the weapons to introduce communism during the following period of unrest. Actually, some of his screeds suggest that Obama is a puppet as well, for – you guessed it – George Soros and his “shadow government”.

Gay marriage is a conspiracy as well. According to Blount the purpose is to undermine the church and persecute Christians. Evidence? “In light of the lethal AIDS epidemic, it should be obvious that sodomy causes far more serious health problems than baby formula or soda pop, so Nanny Bloomberg can’t adopt his usual pose of imposing good health on his subjects.” Therefore it must be a conspiracy to put Christians in camps. That’s why reasonable people have pushed the myth that there exists bullying and violence against homosexuals – Blount apparently denies that such phenomena exist.

Diagnosis: Zealous, paranoid conspiracy theorist crazy enough to make Michael Savage (or Alex Jones) sometimes look almost reasonable by comparison. We don’t know how many people actually listen to him, but if you ever visit one of his posts you should probably avoid reading the comment sections.
Posted by G.D. at 6:04 AM