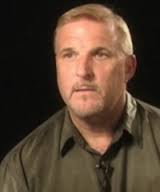 And … back to the brimstone and anger fundamentalists. Joe Dallas claims to be an “ex-gay”; he is the former leader of Exodus International and current leader of his own reparative therapy group, Genesis Counseling. He has also endorsed the work of the impressively discredited Joseph Nicolosi, and is an officer of the National Association for Research & Therapy of Homosexuality famous for “joking” that it is better for a child to have brain damage than to be gay. In his own book on the issue, When Homosexuality Hits Home, he claims that people can change their sexual orientation and lists the “causes” of homosexuality (none of which are, of course, accepted by any serious research or expert), including “unmet needs for bonding with the same sex” and “early sexual violation” like child molestation. Satan also has a role, apparently. Therefore, Christian pastors who support gay rights are like Nazis and disobeying God (no, even if you accepted his ridiculous premises, it takes some good leaps of imagination to arrive at that conclusion). His own organization, by contrast, is “reclaiming Godly sexuality through the saving work of Jesus Christ, the sancifying work of the Holy Spirit and the Body Ministry of the Christian Church,” which is as sciency as reparative therapy gets, I suppose.

Dallas has also written The Complete Christian Guide to Understanding Homosexuality, together with the decidedly non-expert Nancy Heche, where he expands upon these issues (reviewed here, here, and here). Predictably enough, he doesn’t understand homosexuality and concludes by warning that gays and lesbians will “bring the judgment of God” on America, which really is something anyone could say of anything they don’t like; and, yes – it’s in the end pretty much all he’s got. He has asserted it several times, though.

Diagnosis: Steeped in delusion, and pretty darn serious about it.
Posted by G.D. at 5:07 AM