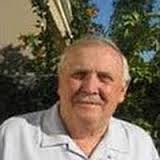 A veritable legend in pseudoscience and religious conspiracy theory circles, John Edward Decker is particularly famous for his studies, books, and public presentations on the perceived negative aspects of the LDS church … as well as Freemasonry, for good measure (they’re related, according to Decker). Decker is himself a former member of the LDS Church and a prominent early member of a fundie group for ex-Mormons called Saints Alive in Jesus. His views are nicely laid out in his book The God Makers: A Shocking Expose of What the Mormon Church Really Believes (co-authored with Dave Hunt). Of course, it is not particularly difficult to find some quaint beliefs and poor reasoning in the LDS church, but Decker sort of chooses a different line of attack. After the book had been turned into a documentary, Decker promptly claimed to have prevented millions of conversions to the Mormon church, but was unable to substantiate the conjecture.

According to Decker, Mormonism isn’t only silly, it is sinister: Dark, supernatural forces are guiding the movement: “[A] careful investigation indicates that Joseph Smith was in touch with a superhuman source of revelation and power that has been the common inspiration behind all pagan religions down through history.” I don’t think “careful investigation” means what Decker thinks it means. It’s all about spiritual warfare, and like the teachings of C. Peter Wagner, Decker’s views are heavily influenced by various fantasy books and Hollywood horror movies of the 70s. In the 1980s Decker even worked with William Schnoebelen, no less – and Schnoebelen wrote an article, “Joseph Smith and the Temple of Doom” for Decker’s newsletter (a title that should give you an idea of how Decker and Schnoebelen view Mormon practices). When criticized by other anti-Mormon activists, such as Jerald and Sandra Tanner, Decker and his gang promptly accused them of being double agents for the Mormons and, for good measure, possessed by evil spirits – the proof of demonic possession apparently being the fact that they refused an offer of exorcism.

On Freemasonry, Decker has written What You Need To Know About Masons and The Dark Side of Freemasonry, as well as (with one Ron Carlson) Fast facts on false teachings, which deals with “false systems of worship” in general, including Roman Catholicism, Mormonism, and the Word of Faith movement. As for freemasons, they are responsible for the design of the street layout of Washington, D.C. to deliberately incorporate occult symbols, including an inverted pentagram with the bottom pointing directly at the White House (yes, that one). Most conspiracy theorists are stumped on the question of why they would do that, but Decker isn’t, since he doesn’t require a rational basis for the answer anyways: “The satanic pentagram under which the White House sits is an open door through which Satan has access to our president.”

Apparently the freemasons have, in return for his efforts, tried to poison him with “a lethal dose of arsenic”, but God saved him. They also steal anti-Masonic books like his from libraries, which is proof that they are evil, even though the only evidence he provides for such thefts is the fact that they are an evil conspiracy and evil conspiracies do these kinds of things (also, those who pick up Decker’s books from the libraries may not always have the sort of presence of mind that make them reliable and timely returners of library books).

Diagnosis: At least he doesn’t underestimate his own self-importance, which really seems to be what is driving a lot of these conspiracy theorists. Batshit insane.