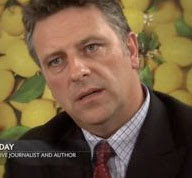 Cancer woo is probably the ultimate woo, and Phillip Day is one of the most notorious cancer crackpots on the Internet. He is  the founder of the Campaign for Truth in Medicine and the Campaign for Truth in Europe, the figurehead of Credence Publishing and author of Cancer: Why We’re Still Dying To Know The Truth, which emphatically does not provide you with any new insight into the topic but may look, to the non-expert, as if it does.

In the book (as well as other books and various YouTube videos) Day seeks to argue that scientific medicine is evil and corrupt because it is motivated primarily by making money (as opposed to himself, of course, who is not so easily corruptible as people who have devoted their lives to studying the disease with few prospects of material wealth). Indeed, according to Day the truth is out there but “they” don’t want you to know about it – in fact, the medical establishment is so determined to keep the secret cure hidden that they are willing to sacrifice themselves by not using it if they ever got cancer themselves because the pharma bucks are more important than their own survival. And no, the claims don’t stand up even to the most cursory scrutiny (there is a good introduction here), but Kevin Trudeau had some success for a while with similar gambits, so why not?

Well, according to Day, cancer is caused by nutritional deficiency and toxicity (pretty unspecific, as always), and he recommends laetrile, detoxification, and diet changes as treatments – all tried and found wanting, of course, but you know … conspiracies. He calls laetrile “vitamin B17”, though laetrile is emphatically not a vitamin. He also claims that research has proven that cancer becomes almost impossible to develop if you take laetrile. Research has not shown any such thing, of course, but once again there is a conspiracy out there to ensure that the results are kept hidden (yes, there is a blatant contradiction involved in Day’s claims, but apparently enough people fails to notice). Laetrile is of course a favorite among cancer quacks – it did initially show promise by killing cancer cells in the petri dish – and crackpots have rarely been deterred by the fact that it doesn’t work in real life. Laetrile does not cure cancer in real life. It may, however, harm you.

Phillip Day does not have any training in medicine or science, but in business, in particular in sales and marketing. That doesn’t prevent him from calling himself a “science journalist.” It is also interesting to note his habit of citing his own books as sources (in online documents these citations often link to the Credence e-store, of course) – in addition, of course, to the usual anecdotes, hearsay and the rigorously peer reviewed source Youtube.

He is also against fluoridated water and vaccines, but doesn’t limit his conspiracy theories to medicine. With one Sheryl McMillan (who owns the website Credence Online) he has for instance made a video for the John Birch Society, no less, on the dangers of a North American Union being formed similar to the European Union. That should give you some idea about the origins of Phillip Day and his idea that Big Pharma, science and the government are in a conspiracy to keep you sick.

Evidence for the conspiracy? Well, according to Day there are are more heart attacks, strokes, obesity, and so on today than ever before – and medicine seems powerless to stop it. How you blame medicine for our obesity problem is anyone’s guess (science doesn’t exactly promote the lifestyle that gets you there), and according to the Center for Disease Control, heart disease rates in the U.S. are decreasing. But you know. Facts. Conspiracies.

Another nefarious method for keeping the public duped, Day argues, is by raising money for charity. Big organizations like the American Cancer Society are part of the guv’mint’s propaganda machine and are trying to make you believe that scientists are working on treatments when, in reality, they are not. According to Day, scientific medicine is causing (purposefully?) millions to suffer and die through drugs, surgery, and radiation instead of recommending nutrition and lifestyle changes – which scientific medicine does recommend, of course, but you know. False dilemmas are often rhetorically powerful. And pharmaceutical companies? They are also producing all those (unspecified) toxins that they are also making money off of.

Diagnosis: Rabid crackpot and conspiracy theorist who has managed to make quite a name for himself with claims that are so outrageously idiotic that they should beggar belief among anyone with minimal critical reasoning skills. Avoid at all costs.
Posted by G.D. at 3:25 AM