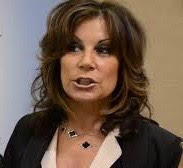 CAM treatments like acupuncture do not work better than placebo. Some CAM defenders have accordingly gone the predictable route – the dumbest route – and argued that this very fact not only doesn’t show that the CAM treatments in question don’t work (which is what it does show), but that it vindicates The Secret. That’s right: the placebo effect demonstrates the efficacy of the Law of Attraction; the Law of Attraction being the idea that if you really want something strong enough, magical forces in the Universe will vibrate them into existence for you (the religious version often involves the intermediate step of sending money to your local televangelist) – that is, the idea that wishful thinking can replace hard work, because magic. CAM regimes are, accordingly, really magical rituals and artifacts you can deploy to channel the spiritual energies of the universe.

This is for instance the theme of Sherry Gaba’s essay “The Law of Attraction and the Placebo Effect”, published on Deepak Chopra’s group blog IntentBlog, who introduces the placebo effect as “[p]eople that believe they are taking a ‘cure’ actually have mild to extremely positive results from taking the placebo, leading to a partial to complete cure of the condition without any real medical intervention.” That is a bit of a misdescription, of course. The effect of the psychological side of the placebo effect only “work” for subjective symptoms: Your psychological state doesn’t actually cure anything but at most (and unreliably so) lead to change in subjective perception of the symptoms. (Other effects lumped in with the psychological effect are effects of changed behaviors of test subjects under observation: people participating in a test of a weight loss drug tend to start doing all sorts of other things, like working out and eating less, that have effects on the outcome – that doesn’t exactly vindicate the Law of Attraction). To Sherry Gaba, however, “[t]he placebo effect is, in reality, the medical proof that the Law of Attraction really works. The Law of Attraction simply says that what you focus in on in your life is what you will receive. In the medical case the patients taking the placebo focused in on becoming healthy and overcoming a medical condition, which is exactly what happened. Some people believed so strongly in the effectiveness of the placebo that they were completely cured.” Which is not how the placebo effect works but how Gaba presumably, well, wished that it worked. And just to emphasize the obvious: the placebo effect does not vindicate bullshit alternative treatments.

In her dayjob Gaba is a “psychotherapist, author and life coach” who specializes in “all addictions” using “traditional and alternative techniques such as somatic experiencing and tapping.” She is the author of The Law of Sobriety™: Attracting Positive Energy for a Powerful Recovery, which lays out her steps for curing addiction and “connect with a universal life force to create a life filled with harmony and peace,” based on the law of attraction. The book is praised as “a masterpiece” by Deepak Chopra

She’s not the only CAM advocate to make startlingly ridiculous claims on behalf of placebo. Robert Schiffman thinks placebo effects are proof of the existence of God.