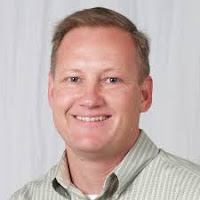 State legislatures again! This time it’s the Colorado House of Representatives (they’ve got Gordon Klingenschmitt, too), where Stephen Humphrey has been representing District 48 since 2013. Promptly after having been elected, Humphrey submitted House Bill 13-1089, an  “Academic Freedom Act” for both K-12 public schools and institutes of higher education in the state of Colorado. Academic Freedom Acts are of course attempts to protect teaching creationism in public school classrooms, often padded with protections of other types of pseudoscience and denialism as well, usually modeled after the example of the Discovery Institute’s Model academic freedom statute on evolution. It has nothing to do with academic freedom, but “protecting academic freedom” sounds better than the more accurate “trying to get religion back into classrooms and removing scientific facts that fundamentalists find threatening to what they wish were true”.

Humphrey’s bill in particular would “direct teachers to create an environment that encourages students to intelligently and respectfully explore scientific questions and learn about scientific evidence related to biological and chemical evolution, global warming, and human cloning.” The bill also referred to those as “controversial issues”, where “controversial issues” means “issues where Humphrey doesn’t like the consensus position among scientists.” There is no scientific controversy over evolution or global warming. So, not only is Humphrey a creationist and global warming denialist; he also wants Colorado to ensure that his politically and religiously motivated denialism is what is taught in schools. According to Humphrey, his intention was not to add religious dogma to the curriculum, but his intention was, of course, precisely to add religious dogma to the curriculum. Even the most baldfaced lie is apparently acceptable as long as you do it for Jesus.

The cosponsors of the bill were Perry Buck (R-District 49), Justin Everett (R-District 22), Chris Holbert (R-District 44), Janak Joshi (R-District 16), Dan Nordberg (R-District 14), Lori Saine (R-District 63), and James D. Wilson (R-District 60), so you know who not to vote for if you have a vote in Colorado. The bill was apparently also introduced in the senate, where the sponsors were Scott Renfroe (R-District 13), an anti-gay activist and card-carrying member of ALEC, an organization devoted to this kind of legislation; Kevin Grantham (R-District 2); Ted Harvey (R-District 30); and Owen Hill (R-District 10).

The bill died in committee, as expected, but Humphrey is still in the Colorado House, and he is surely up to no good.

Diagnosis: Another Taliban representative in a State legislature. He shouldn’t be there. Get him out.
Posted by G.D. at 3:53 AM