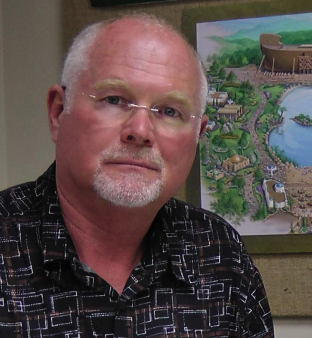 Mike Zovath, a graduate of Bob Jones University, is Senior Vice President of Answers in Genesis, and, together with Ken Ham and Mark Looy, the cofounder of that organization. It is, in other words, hard to deny Zovath an entry. Still, Zovath seems to be more heavily involved in the organizational and practical aspects of the organization than in the, uh, “research” part. That doesn’t make him less of a loon, but it does mean that Zovath tends to be the guy who talks to the media regarding events the Creation Museum or the development of the Ark Encounter without going too much into the lunacy that motivates them, and who tries to talk away rather obvious concerns regarding the Ark encounter, for instance with regard to waste management. When confronted with the fact that, even on a conservative estimate, Noah and his crew had to “deal with 12 million tons of waste every day,” and asked how he thought they would have dealt with it, Zovath sagely concluded “Very, very carefully I think,” admitting that “I’m not sure how they did that.”

The Ark project is important to Zovath: “We want to present the ark as a plausible event in history,” he says (i.e. to push nonsense to the credulous). “And that if that piece of biblical history is true then Jesus Christ’s coming to earth and giving his life as a payment for our sins is equally true.”

Diagnosis: Not one of the intellectual strategists of the loonie movement, Zovath is nevertheless an important figure, and abundantly deserves an entry.
Posted by G.D. at 11:18 AM