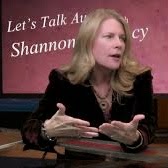 Christina Adams is the author of the memoir A Real Boy: A True Story of Autism, Early Intervention and Recovery (about her son’s apparent recovery, and yes: Adams blames her son’s autism on the vaccines) and a promoter of all sorts of woo and pseudoscience to treat autism. She is, accordingly, rather popular as a speaker at anti-vaccine and pseudoscience conferences and as a writer for anti-vaccine and pseudoscience newsletters and websites. For the autism biomed quackery magazine The Autism File, Adams wrote “Got [Camel] Milk” (promptly endorsed by Age of Autism, of course), which proposed camel milk as a treatment for autism. Her evidence of efficacy? “Nomads in Algeria have long said, ‘Water is the soul, milk is the life.’” Not convinced yet? Well, Adams also cites the endorsement of the method by one Dr. Reuven Yagil, a veteran Israeli camel expert who apparently first described the use of camel milk to treat autism. Yagil says that “autism is not a brain affliction but an autoimmune dis- ease afflicting primarily the intestines,” which is, of course, not true (it was Wakefield’s hypothesis), but bullshit of the kind that gets traction in certain crank communities. Yagil also points out that in some book about the Bible, the Koran, and the Talmud it is claimed that camel milk was given by God to cure all illnesses and poverty. And that’s pretty much as far as his evidence for the efficacy of camel milk goes. It seems to have convinced Christina Adams. It’s woo, it’s exotic, and it’s new (and ancient at the same time). What more evidence would she want?

Indeed, camel milk is not only good for autism; it seems, as all good woo, to be more or less a cure-all, including all sorts of infections, anemia, diabetes, allergies, autism, Crohn’s disease, asthma, erectile dysfunction, and even cancer (but Big Science presumably doesn’t want you to know). At least it’s so remarkable that Adams’s talk at the autism quackfest Autism One was called “Practical Magic: The Benefits and Realities of Camel Milk Therapy for ASD.”

Diagnosis: More woo, and this one suggests that some are honestly starting to run out of ideas when it comes to novel forms of alternative treatments. Adams is probably not deliberately trying to fool anyone, however; she’s just abysmally gullible in her encounters with shiny anecdotes and exotic magic.
Posted by G.D. at 11:16 AM