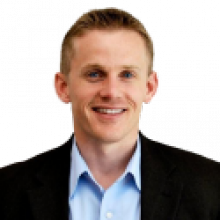 As most such activists Backholm warns against the consequences of marriage equality: persecution of Christians and those who disagree with marriage equality. Backholm is one of those who live a breathe a martyr complex, and in Backholm’s world the Christian majority is already persecuted, with the liberals just about to put him and his fellows in jail.

But then, Backholm thinks marriage equality will fail. It will fail because the case for same-sex marriage, he claims, doesn’t rely on logic. Instead, Blackholm said that unlike anti-gay activists, proponents of marriage equality depend on demonizing the opposition and “emotional manipulation” to win support.

Diagnosis: Sometimes you suspect him to be dimly aware of how feeble his efforts actually are, but those moment of self-realization, if they are there, are quickly swamped by rank bigotry, a well-developed persecution complex and dubiously coherent wingnut talking points. Sad.
Posted by G.D. at 11:19 AM