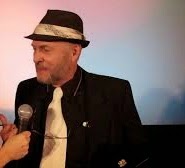 Are you sufficiently up-to-date on JFK conspiracies? Well, then perhaps you may wish to look into how conspiracy theorists deal with the assassination of Abraham Lincoln. David W. Balsiger and Charles E. Sellier, jr., had some success with their book, and later movie, The Lincoln Conspiracy) in 1977 (Sellier has since passed away), in which they imagined a grand conspiracy of bankers and speculators behind a plan to kidnap and take out Lincoln. The book was met with little praise from actual historians, primarily because it was full of bullshit.

Of course, Balsiger – who now runs Balsiger Media – didn’t end his contributions to civilization with Lincoln. His latest books carry enticing titles like The Evidence for Heaven, and Miraculous Messages (as well as Abraham Lincoln: Untold Secrets from the Grave, so yes, he is still trying to capitalize on his former success), and primarily mixes conspiracy theories, woo, pseudoscience and religious fundamentalism. He also produces TV shows and series, most notably Encounters with the Unexplained, Xtreme Mysteries, and Ancient Secrets of the Bible. His individual TV specials include “There is More to the Secret” (yeah, that Secret), “Breaking the Da Vinci Code”, “Secrets of the Bible Code Revealed”, “Bible Code: The Future and Beyond”, and “The Quest for Noah’s Ark”; you get the gist. Ancient Secrets of the Bible is a series that ostensibly “scientifically explores many of the mysterious biblical accounts thought to be myths,” which they don’t since Balsiger’s approach is not scientific in any recognizable sense.

With one Victoria A. Gardner he has also produced a bizarre “Wholistic Health-Wellness” bulletin aimed at churches, which consists primarily of crackpot advice from Joe Mercola tailored to Christians by lots of reference to the Bible, the power of prayer, and an unprofessional layout. It really is the strangest little thing.

Diagnosis: Seems to be into virtually anything as long as it has no foundation in reality. Bizarre, but probably harmless.
Posted by G.D. at 11:26 AM