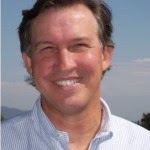 No, not the actor Stephen Baldwin. We’ve covered him already. This Steve Baldwin is the former executive director of the Council for National Policy, a secretive but influential conservative policy group founded by Tim LaHaye and sponsored with significant sums of money by the Moonies, which consists of “a few hundred of the most powerful conservatives in the country,” who meet three times yearly behind closed doors at undisclosed locations for a confidential conference.

Baldwin himself is probably best known, if at all, for his anti-gay stance stance, which has reached almost LaBarbera-level proportions. He was for instance opposed to Mitt Romney’s 2012 presidential candidacy, claiming that a President Romney would be disastrous for the country and the Republican Party because Romney was “obsessed” with gay rights as governor of Massachusetts. “His whole administration was characterized by an almost obsessive devotion to the homosexual agenda,” said Baldwin. Romney, he claimed, was involved in “gay proclamations, gay dances, gay proms, gay assemblies, gay this, gay that,” adding obliquely, “You gotta start wondering here.” Baldwin also lamented that conservative media gave Romney a free pass on the issue, and had previously asserted that Jeff Carneal, president of Human Events’ publisher, is an “avowed homosexual” who has supported pro-equality causes. Indeed, Romney’s free pass seems to be due to the fact that many of the big names of “conservative media” are closeted homosexuals secretely conspiring to implement the gay agenda. No, Baldwin really didn’t like Romney. Indeed, he also tried to accuse Romney of believing in global warming: “[Romney] holds this belief despite the growing body of evidence that global warming theory is based upon false assumptions and despite the last two winters being among the coldest in recent history,” said Baldwin.

Currently, Baldwin seems to write for Barbwire, Matt Barber’s darkly religious fundamentalist version of InfoWars, and he is the author of From Crayons to Condoms, The Ugly Truth about America’s Public Schools (with Karen Holgate), which complains about how “our classrooms have become havens for indoctrination, sexual license and failed educational fads,” in particular the homosexual agenda and anti-Christian bias.

Diagnosis: Standard wingnut conspiracy theorist and denialist. But Baldwin is actually – or has at least been – a somewhat influential figure. One to watch.
Posted by G.D. at 9:52 AM