“Epigenetics.” That’s something relatively new and exciting. And people don’t in general know precisely what it means, which is an opportunity for pseudoscientists of various stripes to suggest that it means whatever they (or their audience) want it to mean. Creationists has taken it to mean the demise of evolution. And then there are people like James D. Baird an Laurie Nadel, authors of the book Happiness Genes: Unlock the Positive Potential Hidden in Your DNA, which tells us that “[h]appiness is at your fingertips, or rather sitting in your DNA, right now! The new science of epigenetics reveals there are reserves of natural happiness within your DNA that can be controlled by you, by your emotions, beliefs and behavioral choices.” Yes. Epigenetics is a tool we can use to take control over our genome to tap its resources of fluff, Jesus, magic and the New Age. 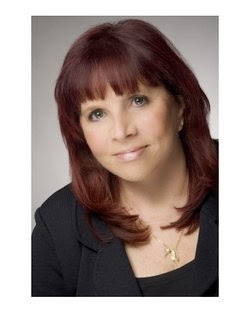 Baird & Nadel are not alone. Joe Mercola has long been a fan, and according to Mercola scientists have proven that “you actually have a tremendous amount of control over how your genetic traits are expressed – from how you think to what you eat and the environment you live in” (and, by coincidence, you can purchase the supplements you need from him). One Krystal Plonski is surely not the only one to ask “Can the theory of epigenetics be linked to Naturopathic and Alternative Medicine?” and answer it in the affirmative (without any shred of a hint that she has the faintest clue what she is talking about). Mike Adams, of course, thinks that “Epigenetics reinforces theory that positive mind states heal,” though he doesn’t really “buy” the science (just the conclusions he wants to draw). Even Der Spiegel did a ten page feature on epigenetics some time ago with the title “The victory over the genes. Smarter, healthier, happier. How we can outwit our genome,” which suggests that someone at Der Spiegel treats her or his spam folder as a collection of press releases.

Diagnosis: Well, I suppose we didn’t cover Baird and Nadel in much detail, but we did give their pseudoscience as much space as it could conceivably warrant. Theirs is also but one example of how promoters of woo and pseudoscience attempt to exploit new discoveries in science without any interest in actually understanding the discoveries. Which of course would once again illustrate the fundamental dishonesty of woo if any further demonstration were needed.
Posted by G.D. at 12:32 PM