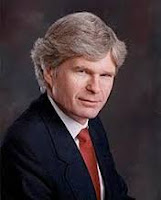 Peter Brimelow was born in Britain, but is currently American. He used to have a career as a writer and editor for various more or less respectable magazines (no, he really did have a quite substantial influence on American and Canadian politics), until he doubled down and founded the webzine VDARE, a platform for Brimelow’s anti-immigration views, white nationalism and “racial realism” (other topics covered seem to be just so much window dressing, though they do seem to want to take credit for popularizing the idea of a War on Christmas). VDARE takes it name from Virginia Dare, the original anchor baby (a point that seems to be lost on them), and is designated as a hate group by the SPLC – Brimelow’s response was to call the SPLC “the notorious Treason Group.”

Brimelow’s main target is, unsurprisingly, multiculturalism, and as he put it in his talk “The Failure of Multiculturalism: How the pursuit of diversity is weakening the American Identity” at the 2012 CPAC (oh, yes), diversity is the greatest threat we are facing and “immigration is polluting America.” The host of the session, Robert Vandervoort, former leader of the White Nationalist group Chicagoland Friends of the American Renaissance, thanked CPAC for hosting the panel despite the work of “leftist thugs” trying to “shut down freedom of speech and freedom of assembly,” since not giving people a platform to speak is obviously a violation of their constitutional rights.

As expected, Brimelow is a fierce critic of “Obama’s racial-socialist coup,” and fears that the U.S. is doomed to face a “minority occupation government.” In fact, according to Brimelow, the Democrats’ supposed support of an “invasion” and “colonization” of the US by non-white immigrants is treason because it reduces the percentage of the white population. Accordingly, he called on the Republican Party to start focusing on becoming the party of white voters by attacking “ethnic lobbies,” affirmative action, bilingual education and “taxpayer subsidies to illegal aliens.”

And the connection to the War on Christmas? In his book Alien Nation, Brimelow wrote that “weird aliens with dubious habits” were damaging the “ethnic core” of white Christian America and were part of a “multicultural struggle to abolish America;” seeing the trend toward saying “happy holidays” as part of this sinister movement, he decided to do something about it: an annual competition in the magazine for the “the most egregious attempt to suppress Christmas.” It should be mentioned that the idea had already been promoted by the John Birch Society for years.

In 2015 Brimelow, in a Martin Luther King day speech, argued that states must secede to protect “white rights” (i.e. the right not to have to see black people). Instead of promoting unity, Brimelow said, Martin Luther King, Jr. Day “has just turned into anti-white indoctrination.” And unless “cultural Marxists” who are behind “political correctness” and “the war on Christmas” are resisted, he claimed, the U.S. will collapse. Again. With regard to the Ferguson protests, he argued that force is needed to counter the inherent “criminality in the American underclass”.

Steve King is a positively giddy fan of Brimelow’s.

Diagnosis: Dude, this guy’s views on immigration are too extreme for the WND. He nevertheless maintains quite a bit of influence.
Posted by G.D. at 5:09 AM