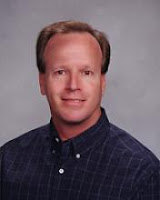 No, nothing new or original, but still more rabid than most. David Caton is founder, president and sole employee of the Tampa-based Florida Family Association (FFA), as well as the author of Overcoming the Addiction to Pornography (1990), a book based partly on his own experiences (he claims to be an ex-pornography addict as well as an ex-drug addict). The FFA, which he founded in 1997, is apparently not affiliated with the American Family Association, though it shares many values and goals, and is also classified as a “general hate group” by the SPLC. Instead, the FFA is, in practice, a one-man fundie outrage machine that, as Michael Keegan points out, “presents itself as an army ready to strike at companies that won’t cater to its extremist views. In reality, the ‘group’ is just one very angry man – David Caton – and his computer.” There’s a nice profile of him here.

Caton’s ardent campaigns against same-sex relations don’t seem to have had much by way of the effect he is aiming for, though. In the late 90s, for instance, his rabid protests against a Gay Straight Alliance high school support group really drew the attention to the harassment of homosexual students, and though he claimed to have caused MTV to cancel “A Shot at Love” in 2008 for being a bisexual dating competition, his claim to victory is somewhat compromised by the fact that the network didn’t cancel the show. He has also been behind an impressive number of unsuccessful campaigns to repeal measures to prevent discriminations, harassment, bullying and violence against gays in Miami, Orlando, Sarasota  and elsewhere (including bills that would ban bullying based on a student’s sexual orientation – outrageous, apparently). When Florida’s ban on gay adoption was ruled unconstitutional in September 2008, Caton blamed “a rogue judge.”

FFA also drew some attention when they flew airplane banners over Disney World that read “WARNING GAY DAY AT DISNEY” during the annual “Gay Day”. He employed airplane banners also to protest Lady Gaga’s “Born This Way” tour in the United States, reading “NOT BORN THIS WAY” (warning that Lady Gaga is “tricking kids into being gay”). I am sure the effect was astounding.

And he has targeted the show Degrassi because of the show’s “irresponsible affirmation of a transgender lifestyle”, negative portrayal of “ex-gay” reparative therapy and promotion of “immoral behavior”, and not the least Marvel Comics’s X-Men #51, which centered on a wedding between the super-hero Northstar and his boyfriend, which “crossed the line by attempting to legitimize same-sex marriage and asking kids to fantasize about their own homosexual wedding.”

The FFA is somewhat versatile, however, and Caton’s campaigns against Muslims exhibit the same virtues as his anti-gay campaigns (while being, if possible, even more ignorant). In 2011, he protested the TLC show All-American Muslim, claiming that it was propaganda and a front for an Islamic takeover of America because it misleadingly failed to disclose that “99.9 percent of Muslims agree with the principles of Sharia law” (his evidence seems to be that Muslims are evil terrorists and extremists). In the complaint he compared “Muslims to snakes”, thus earning the support of Pam Geller. Caton followed up by e-mailing companies advertising during the show pressuring them to drop their advertising. (Lowe’s pulled their advertising, but apologized after some subsequent public backlash: critics pointed out that the point of the show was precisely to portray the kind of problems Muslims in America face because of attitudes like the ones exhibited by Caton and Lowe’s). Caton said his campaigns also caused Home Depot and Campbell’s Soup to pull ads from the show, though Home Depot was never a sponsor for the show and Campbell’s Soup sort of continued to run their ads rather unaffected by his campaigns.

He has also called on schools to stop visits from the Council on American-Islamic Relations, a group that sends speakers to discuss stereotypes, human rights and women in Islam. Their Joel Huter told the Orlando Sentinel in 2013 that he received hundreds of angry emails and letters from the FFA, one of which said “I hope your family dies in a fire,” which is an effective way to emphasize the evils of Islam.

Diagnosis: Village idiot who currently seems to be trying to fill the hole left by the demise of Fred Phelps. A raging ball of insanity, bigotry and misinformation, Caton is certainly not helping the causes he advocates, so one may perhaps be excused for suspecting a very, very elaborate poe.
Posted by G.D. at 4:11 AM