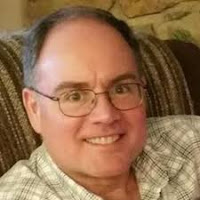 The list of signatories to the Discovery Institute’s list A Scientific Dissent From Darwinism is illuminating. There are few actual scientists there, and even fewer with any kind of reputation. John Cimbala, however, may at least at first glance look like an exception. Cimbala is a Professor of Mechanical Engineering at Penn State, and he does have a couple of publications to his name – totally unrelated to evolution, of course, but still! As a matter of fact, Cimbala is also a signatory to the CMI list of scientists alive today who accept the Biblical account of creation. So at least his attitude toward science is the same as all the other signatories to the Discotute list: Cimbala is an anti-scientist through and through, which is also what he (implicitly) emphasized in his contributions to the book In Six Days – Why Fifty Scientists Choose to Believe in Creation, and his seminars on the “evolution/creation” controversy where he attempts to show that “all attempts to harmonize scripture with evolutionary philosophy (such as the day-age theory, the gap theory, etc.) have failed.” Which, when used as an arguments against science, is not exactly characteristic of a scientific attitude toward scientific matters, regardless of whether the claim is ultimately strictly speaking correct.

Cimbala has also parroted most of the standard creationist PRATTs, and his rants have dutifully been picked up by rabid fundamentalist Taliban-satelite organizations such as Creation.com and the Christian Answers Network. A short blurb for of one of his talks: “Scientific Evidences for Creation – Probability and origin of life; the second law of thermodynamics; design and irreducible complexity; the fossil record.” You get the drift.

Diagnosis: Rabid fundamentalist who is ready to reject gravity if it doesn’t fit with the dogmas he has already wishfully thought himself into. A sad but still fascinating case of a critical-thinking trainwreck.
Posted by G.D. at 3:16 AM