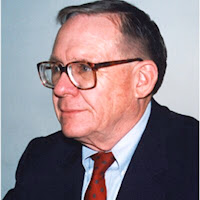 John Chalfant is a board member of the Council for National Policy, one of numerous organizations featuring your standard row of fundie wingnuts like Pat Robertson, James Robison and Alan Keyes, as well as rank theocrats like Gary North – Duane Gish and Henry Morris of the Institute for Creation Research are apparently former members – but one that has had some impact on the political directions of the religious right. We could really end this entry right there, and Chalfant’s claims are pretty much exactly what you’d expect: “Many Christian leaders have compromised with a secular worldview that never could have created the Declaration of Independence, Constitution or Bill of Rights,” says Chalfant – the Constitution was really aimed at instituting a theocracy – and “Christians need to realize that they have the primary responsibility for reclaiming our nation’s Christian heritage because it is Christianity upon which the Declaration of Independence and the Constitution were founded.” Since in Chalfant’s head this is apparently something fundamentalist wingnuts fail to emphasize. It is, of course, also completely false, if you needed to have that pointed out.

In America – A Call to Greatness (duly pimped by the WND). you will find … more of the same. According to the blurb, Chalfant “draws compelling comparisons between the lack of Christian action in our crisis world and the militant Christian faith of America’s Founding Fathers.” (No, he didn’t really do any research beyond his own imagination.) “The widespread retreat from Christian duty has opened the floodgates to atheistic, humanistic, evolutionary, and cult-based evils that undermine the founding principles of America and threaten our nation,” claims Chalfant. Yes, he dismisses science as a cult-based evil – evidence-based, meticulous and methodologically sound approach to any topic is a threat to dogmatism and therefore of the devil. That’s the principle that also led him to conclude that the Founding Fathers were “militant Christians”, despite their explicit rejection of militant Christianity. So it goes.

Diagnosis: Thank you for playing, mr. Chalfant, but next time please learn the rules first.
Posted by G.D. at 3:54 AM