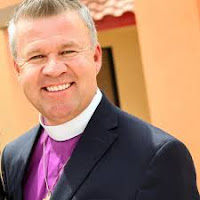 We’ve already covered Tom Brown the tracker, but he is presumably not related to the Tom Brown of this post. This post’s Tom Brown is an exorcist and a bit of a D-list celebrity after having made some TV appearances  (e.g. a credulous portrait on MSNBC).

Brown actually thinks he can exorcise curses such as being gay from people (curses, by the way, is a means to keep the attention of his congregation at the Word of Life church; according to Brown, if the lives of his church members are going badly – their finances are a mess, their kids won’t behave, they keep getting sick – they may literally be cursed, and Brown is the go-to guy for supernatural powers to break the spell). Indeed, Brown actually seems to think that he is actually influencing the politics of his hometown El Paso through religious exorcism magic. Brown did for instance help lead the drive to harm gays by ending the domestic-partner benefits in the city. “I think the values of El Paso are the same as other cities, but it is very hard to pass these things” when the citizens have opponents like Brown, who is proud to be as hateful, petty and malicious as to be indistinguishable from the demons he claims to exorcise. To make sure he succeeded Brown did of course not restrict himself to spiritual means, since, you know, when push comes to shove.

“Christ”, says Brown, “does not say people should be tolerant of homosexuals,” but he does emphasize that he is not a hater. I don’t think saying that you are not a hater is enough to make it true, Tom.

Diagnosis: Unflinching hater.
Posted by G.D. at 4:58 AM