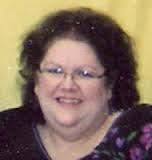 It’s been a while since last time, but we’ve got plenty of whale.to-level conspiracy theorists in store. Donna and David Carrico run the website ritualabusefree, and David Carrico is an annual speaker at something called the Ministry to Masons Conferences (read that again). They are also affiliated with EX-MASONS FOR JESUS and other counter-cult ministries (oh, the irony), and are proud to have been guests on the 700 Club doing a 3-day program called “The New World Order and Secret Societies.” They even appear to run an online Bible school. According to themselves, their “counter-cult ministry is dedicated to exposing deeds of darkness and educating anyone interested about Bible Doctrines, Apologetics, Topical Bible Studies, Cults, Ritual Abuse, The Occult, False Religions, and Secret Societies such as Freemasonry,” and you can buy a variety of merchandise (including “VCR and cassette tapes”) from their website, the most popular of which seems to be David’s book The Egyptian-Masonic-Satanic Connection, which is frequently cited by people like Ron Patton over at Whale.to. They also contributed a chapter to The Dark Side of Freemasonry (ed. Ed Decker, whom we have encountered before), and their videos have enticing titles like Satanic Ritual Abuse and Secret Societies, The Masonic Concept of God and Freemasonry – Satan’s Wellspring of Satanism. Here are some of Donna’s visions and prophecies (yes, you’re looking at an important part of the data on which they build their claims). 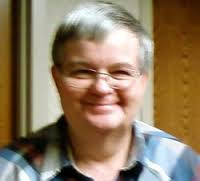 As the “VCR and cassette tape” thing suggests, the Carricos are totally out of the loop. They are still pushing the Satanic Ritual Abuse myth so popular in the 1980s, and relying on the same discredited anecdotes (but then, doesn’t the fact that there is evidence that these stories are false just show that someone among the Powers That Be and Those Who Knows What They Don’t Want You to Know cares enough to try to cover things up?) You can also get information about The Truth of the Da Vinci Code, the heresy of Catholicism and Calvinism, various end-time rubbish, UFOs and fallen angels, survivalism and the structure of Satan’s Kingdom from the Carricos. Mostly, though, their rants seem to be concerned with freemasons (which is apparently at the core of all the other topics).

And as there always is when you descend into the epistemic hell that is secret-government conspiracy theories, there will be others there who think you are a double agent and part of the conspiracy. Craig Portwood of The Christian Underground, for instance, has argued that the Carricos are false prophets and probably part on the conspiracies themselves.

Diagnosis: Off to la-la land, and their particular brand seems to have gotten stuck in the 1980s, and freemasons are Satanists and communists and perhaps really cenobites in disguise. Probably harmless.
Posted by G.D. at 3:30 AM