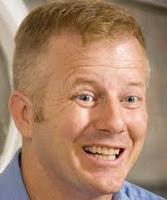 Honorable mention to Jim Campbell, but giving him a separate entry would be rather ridiculous. Instead we return to … the state legislatures – Tennessee, this time. Stacey Campfield served as a state representative from 2005 to 2010, and despite a record of being a stupid bigot got elected to the state senate in 2010. In 2014 even the good people of Tennessee’s 7th district seems to have had enough and managed to ditch him in the Republican primary elections.

Much of his work as a representative concerned standard wingnut issues, like sponsoring a bill to issue death certificates for aborted fetuses in 2007 (he said wanted people to be able to find out how many abortions were being performed in Tennessee and to note the loss of human lives, but those figures are, of course, already available, so Campfield was lying – big surprise), and in 2009 he introduced a bill to limit lottery winnings to $600 for people on public assistance and prisoners because he is evil people on public assistance should not be buying lottery tickets. (Tennessee law already prohibited the use of public assistance money to purchase lottery tickets, so the point was presumably really to show that he is merciless on poverty.) Rather unsurprisingly Campfield didn’t restrict his feelings of disgust to poor people and criminals, and in 2008, he proposed a bill to ban teachers from teaching as part of the lesson plan about homosexuality in Tennessee's public elementary and middle schools, saying that the topic should only be discussed by each student’s family. He has also expressed incredulity over the fact that psychology departments aren’t teaching their students how to pray away the gay with homosexual clients.

But his efforts in the house of Representatives pale when compared to his efforts as a state senator (a more detailed narrative can be found here). In 2011 he managed to gain international attention when he revived his 2008 “pro traditional family education” – the infamous “Don’t Say Gay” bill – complaining that gay activists were using claims about “bullying” as a cover for pushing “their social agenda in schools” and that Hollywood is “glorifying” homosexuality. To make sure no one would suspect him of being reasonable he also pointed out that “[m]ost people realize that AIDS came from the homosexual community – it was one guy screwing a monkey, if I recall correctly, and then having sex with men,” an urban legend, and that “[m]y understanding is that it is virtually – not completely, but virtually – impossible to contract AIDS through heterosexual sex,” estimating the odds of heterosexual vaginal transmission at 1 in 5 million. And “[w]hat’s the average lifespan of a homosexual? It’s very short. Google it yourself,” said Campfield, apparently referring to the insane and methodologically laughable ramblings-poorly-dressed-as-scientific-investigations of lunatic pseudo-psychologist Paul Cameron. Meanwhile, Campfield’s colleague, representative John Ragan, tried to explain how homosexuality doesn’t really exist.

In 2014 Campfield compared mandatory signups under the Affordable Care Act to the “train rides” the Jews took under Nazi Germany (“Democrats bragging about the number of mandatory sign ups for Obamacare is like Germans bragging about the number of mandatory sign ups for ‘train rides’ for Jews in the 40s”). He later complained that critics missed the point, which they surely didn’t (“the post was meant to draw attention to the loss of freedom that we are currently experiencing,” said Campfield, so the critics definitely didn’t misunderstand it), and besides there are death panels and government funding abortions (false), concluding that “I think Jewish people should be the first to stand up against Obamacare.”

In 2014 he also passed legislation protecting schools, teachers and students from possible prosecution for using traditional winter holiday greetings or displays. Though innocuous-sounding, it is pretty clear that it was intended as means to encourage religious proselytazion by teachers in public schools.

And if you wish to know Campfield’s views on the separation of church and state, as well as on evolution, this one is illuminating – virtually none of the “facts” cited are correct. It complains that evolutionists build “supposition upon supposition” and that scientific theories are both removed from common sense and always changing, therefore they should be viewed with suspicion (as should the separation of church and state be because [some oblique analogy]).

To date there have been two musicals and one play written about Campfield and his life in the legislature.

Diagnosis: And they just keep coming, don’t they? Hopefully Campfield’s been retired from the game by now, but we’re not optimistic that Tennessee will avoid similar embarrassments in the future.
Posted by G.D. at 6:16 AM