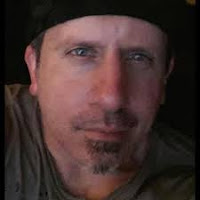 Another tragedy, another slew of clinically insane conspiracy theorists claiming that it’s a “hoax”, a false flag operation arranged by the guv’mint for nebulous but nefarious purposes.

Ed Chiarini is a Texas moron who runs a conspiracy site – a “Dallasgoldbug production” – that seems to pass along any paranoia-fueled conspiracy hypothesis under the venerable investigative principle “If you hear hoofbeats, assume unicorns.” According to himself Chiarini is an “investigator” interested only in the truth and keeping the public from being duped by its government, and has a long history of JAQing off under the assumption that if a conspiracy theory is almost imaginable (apart from a few inconsistencies), then it needs to be investigated to establish that it must in fact be true. His site got some attention when it pushed the idea that the Gabrielle Gifford shootings never took place but was all a government hoax that used actors. It’s not only the Gifford shooting, of course; here’s a discussion of Chiarini’s particular brand of Sandy Hook trutherism.

Of course, most conspiracy theorists get tired of JAQing off in the long run of things, and at some point Chiarini decided to really go down the rabbit hole. His website WellAware1 is currently famous for pushing the idea that all news events are staged by actors: whether they’re mall employees, famous musicians, crime victims or politicians, they are actors hired by the guv’mint to manipulate our perception of reality and push forward some sort of actor-driven totalitarian agenda. The evidence consists of trying to find images of people who in some way physically resemble each other, claiming that they are the same person, and therefore actors. Alan Greenspan, for instance, is obviously the same person as Larry King – funny that the guv’mint thought they could get away with that one without anyone noticing. And Dave Chappelle is Tupac because of ear biometrics: Chappelle’s and Tupac’s ears are the exactly the same, “right down to the piercing;” and possibly because they’re both black and black people tend to all look the same to certain people. Meanwhile, Steve Carell is Boy George and Alice Cooper, Paul Newman is Don Juan Carlos of Spain, Roman Polanski is Imran Khan, Nelson Mandela is Morgan Freeman’s father (old, indistinguishable black people, you know) and Willow Smith is Malia Obama. At least he’s really got it in for David Icke, who is really the same person as a range of guv’mint officials and celebrities.

Critics are easily disposed of: Apparently criticism of Chiarini’s project is compelling evidence that the critic is paid by the guv’mint, so any criticism is, in reality, further evidence that he is right.

He is currently trying to get crowdfunding so he can go on working to release THE REAL TRUTH, and his GoFundMe page includes a video that tries to prove Columbine was staged with the aid of inanimate human dummies.

Meanwhile, the good people over at whale.to are of two minds about Chiarini; on the one hand they seem to like his approach to evidence; on the other they do suspect that Chiarini might himself be an actor and double agent (of course). When it comes to what they find compelling, I think none put it better than whale.to stalwart Don Bradley:

“The big truther shills out there are all network actors, scripted and coordinated from on high and from a single source: the CIA. They move players and create vast dramas keyed with witches sabbats, zodiacal shifts, and other calander points to create the maximum amount of magical expression in this dimension. Their goal is to create illusions believable enough to be mistaken for realities, that others will make their own and invest in emotionally, spiritually, and with time and effort. Once they’ve convinced these fake illusions are real enough, they then expect you to continue thinking and preceiving in their created box of lies.”

Diagnosis: Though we would like to say otherwise, people like Chiarini are, in fact, not always entirely harmless, and victims of real tragedies have often experienced further harassment by delusional dingbats who take the insanity of people like Chiarini seriously. It is nevertheless hard not to point and laugh.
Posted by G.D. at 4:04 AM