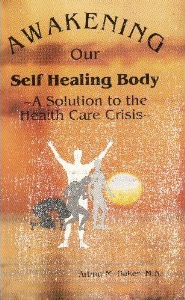 Baker (no photo available) is an ardent proponent of that brand of food woo known as "raw foodism", i.e. the idea that we should ideally only eat raw (even living) food. This new age trend is primarily founded on the naturalistic fallacy (+ confirmation bias and anecdotal evidence) and has little scientific foundation. Not cooking any of one's food might be acceptable (though not recommendable) were it not for pesky food poisoning and bacteria. This by itself might not be enough to merit inclusion in the Encyclopedia - but of course folks like Baker have to take it a couple of steps further.

Baker is the author of "Awakening Our Self Healing Body", and he avoids the problem of bacteria in uncooked food since he doesn’t believe in the germ theory of disease anyway (it’s a conspiracy to support the food industry or something). A central supporter of the Natural Hygiene Movement (no, I won’t provide a link; google it), Baker rejects Western medicine and its theoretical foundation, and in his book “rips apart the notion of viruses destroying your body” (since viruses cannot do that since they are not living things) and similar claims, mostly based on ignorance, lies, bias and the purported fact that raw food is obviously natural and hence good, and Western medicine does not unequivocally recognize that. Parts of his ramblings are, however, semitechnical and well-written, and might to people with little knowledge about the matters look convincing. Support for raw foodism is, according to Baker, also found in the Bhagavad Gita and the Essene Gospel of peace. Another convincing argument he subscribes to is that Methuselah only ate raw food – and he got to live pretty long, didn’t he?

Diagnosis: Loon. Confirmation bias is strong with this one, but he is only one of an almost endless parade of food cranks. The movement seems to have some impact, but Baker’s own influence in particular is uncertain; should be considered dangerous, however.
Posted by chaospet at 8:35 AM