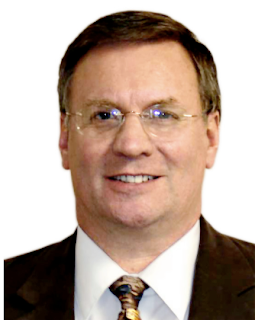 It's our 12th loon, Chuck Baldwin! Baldwin was a 2008 U.S. presidential candidate for the openly theocratic Constitution Party.
Baldwin is a strong advocate for a Christian Nation and a historical revisionist with a persecution complex, arguing tirelessly that the American Constitution is based entirely off of the Bible. At the same time he promotes religious liberty, but Baldwin is one of those who aren’t affected by cognitive dissonance. Baldwin also holds that the Founding fathers were religious fundamentalists – he is known for publicly attributing quotes to them that he has made up himself (but the contents of which, according to him, the founding fathers would have agreed with). For a discussion of his views and arguments, see here:
http://scienceblogs.com/dispatches/2009/12/chuck_baldwins_christian_natio.php

Diagnosis: Bigoted, vile, zealous and crazy theocrat, liar for Jesus, paranoid and harebrained (but the martyr tactic is the lifeblood of these dingbats, so a persecution complex is unavoidable). Impact is probably relatively limited (the Constitution party isn’t exactly in the running for many seats), but the Orwellian historical revisionism he stands for is a cause for concern.
Posted by chaospet at 6:49 PM