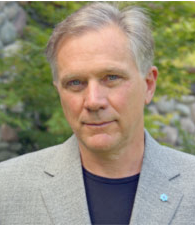 Our seventh loon is the unfortunately influential filmmaker William Arntz.

Arntz is the Producer, Director, and Screenwriter of the movie “What the Bleep Do We Know”, perhaps the most influential piece of dreadfully cranky quantum-woo ever produced. It's complete gibberish; confirmation bias, lunacy and wishful thinking dressed up in pseudo-scientific language. Arntz is a graduate of Ramtha’s School of Enlightenment (yes: channeling, pyramidology, numerology, tinfoil hats, you name it), and a radical, utterly flaky New-Ager whose dishonesty is presumably a consequence of solid confirmation bias and gullibility rather than malice.

Diagnosis: Flapdoodler with a clinical lack of critical thinking skills, complete idiot; currently enjoys rather large influence through his work, however.
Posted by chaospet at 5:08 PM