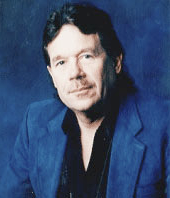 According to his own website, “… at age 14 Bell was not only working at the University of Michigan on nuclear energy projects, but was also inducted into the U.S. government's project called M. K. Ultra. This early mind control research covered such topics as past life regression [check], and the popular remote viewing used today by the CIA and other intelligence gathering factions worldwide [check]. ... Dr. Bell worked on a magnetic disintegration project later known as the Philadelphia Experiment [check], a high temperature fusion experiment, a bubble project later known as Cold Fusion [check] ... . In addition, Dr. Bell worked with the University of Michigan's Cyclotron doing experimentation with the bombardment of nuclear particles and their collisions involving reverse time as observed in a Wilson Cloud Chamber [check]. As a result of this, Dr. Bell built the World's first time machine called the T-1 Time Travel Transposer that allows time travel into the future in increments of microseconds [words fail, but check]. On his 17th birthday, he was transferred into the United States Airforce. There he began working on highly classified projects, several involving early warning radar defense systems and the detection and tracking of extraterrestrial craft [check].

He then left the defense sector and began studying with Himalayan Masters [check]. During this time he became internationally known as a contactee to a Pleiadean group of extraterrestrial humanoids whom were here to help the people on earth save themselves from their own destructive tendencies [check, I guess]. This group comes from a star system 500 light-years from earth.

Today Dr. Bell is a practicing naturopath, scientist and environmentalist, and political activist ...”

So what does he do? Well, dr. Bell is kind enough to want to sell you, for a fairly steep price, various healing devices of his own invention, based on for example Ozonic Electro-Magnetic Technology, quantum receptors, bio-plasmic energy (a.k.a. healing pyramids) to block negative energy, or the Amazing Andromedan Holographic Projector, which "when worn on the head accelerates the brain into quantum entanglement focusing mode”. Who wouldn’t want that?

It is discussed here.