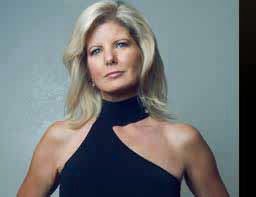 At least she can be said to be colorful. Colleen Thomas is a home health administrator turned amateur physicist who specializes in the science of creation. She is also the “mother” of a race of good aliens here on Earth that seek to defend humans from lizard people. Thomas has a whole slew of magnificently lunatic, doom-foretelling web videos that lay out her prophecies in a less than ideally coherent fashion (She is also doing the home health administration thing in the Sacramento area if you need some advice on that.) To take some examples:

Here you can watch her 2011 warning to Obama against going to India (posted after he was already there), claiming that if he does he and all of his “cronies” will be killed by a tsunami. Now, it is unclear whether they will be killed by the good or the bad aliens, since Thomas doesn’t like Obama, apparently because of something to do with FEMA death camps. There is also, it seems, a warning about Reptilians eating human bodies after natural disasters – you remember how there were no bodies recovered after the 2004 tsunami? Well, there were of course plenty of bodies, but those bodies were just part of the Reptilian conspiracy. The real victims were eaten and replaced with I don’t have the faintest idea.

In 2010 she warned that the reptilians would destroy our network infrastructure with a massive electromagnetic pulse on November 6, and everything would be going to be down for at least 6 months (she also reasserted that she is the mother of every being in the galaxy). It is unclear whether she even noticed that her prophecy didn’t quite come true.

The mythology is a bit unclear, but it seems to have something to do with Pleiadians. In that case, Thomas is in good company – Peggy Kane is another one who thinks that the Pleiadians are helping us combat the reptilians, and Barbara Marciniak has a webpage devoted to them. Lyssa Royal-Germane, on the other hand, thinks they are somehow connected to Atlantis, while Lee Finkle has settled for Lemuria – according to Finkle Jesus was a Pleiadian, as was his father. According to this page the Pleiadians brought dolphins to Earth, and we know that because JFK’s spirit has contacted Barry Martin through automatic writing to tell us so. Brenda Kay thinks Reiki, ear candling, Shiatsu, reflexology, aromatherapy, and crystal healing are all magical gifts brought to us by the Pleiadians, and Lia Shapiro, who seems to run this site, drew the obvious connection between Pleiadians and the 2012 Armageddon.

Diagnosis: One might be inclined to think that someone needs to listen to her and support her in the appropriate manner. She does bring some color to the world, though, and is probably not particularly dangerous.
Posted by G.D. at 11:35 AM