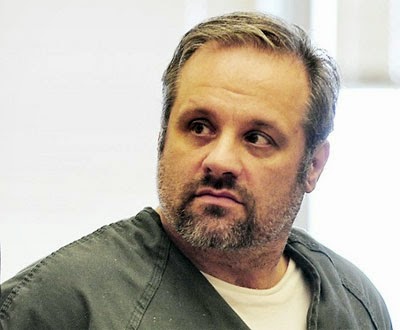 Hal Turner is Hal Turner, and Hal Turner is, as many will be aware, a rather infamous sympathizer of white supremacism. He rose to attention (in part) as a regular caller on Sean Hannity’s WABC radio program in the 1990s, where he would make arguments such as “if it weren’t for the white man, blacks would still be swinging from the trees in Africa” (getting no rebuke from Hannity). It culminated in 2000, when Turner stepped forward to run for the Republican nomination for Congress in New Jersey (though he wasn’t recognized by the party), receiving Hannity’s endorsement (Turner’s experience included being North Jersey coordinator for Pat Buchanan’s 1992 presidential campaign and manager of the 1997 gubernatorial campaign of Libertarian Murray Sabrin). Turner himself has claimed that he and Hannity were “good friends” at the time, though Hannity himself has since remained silent on the issue.

Not long after (and having decided that the system was rigged against white males), he started the infamous “Hal Turner show”, a favorite of neo-nazi and white supremacist groups everywhere, and notable for spewing hate as if it were nobody’s business (ranting about “savage Negro beasts,” “bull-dyke lesbians” and “lazy-ass Latinos ... slithering across the border.”), supporting the murders of judges he didn’t like, calling for civil war (in 2000) if Al Gore were to win the then-contested outcome of the Florida vote, and telling his audience to “clean your guns, have plenty of ammunition … [and] then do what has to be done” to undocumented workers.

At least he is straightforward. He said on his radio show that someone has to kill Barack Obama to keep him from becoming president, adding that it would be “a public service” to kill African Americans (“sub-human simians”) and white people (“mentally-ill Whites”) who celebrated his election. In 2008 he also published the home address of the superintendent of Lexington schools in Massachusetts (where the wingnuts were upset about books that dare to mention that some families include gay people) and urged his followers to take him out – this being relatively standard fare for a guy who once started a website called www.killtheenemy.com for the purpose of posting photos and names of those who marched in favor of immigrant rights.

It is worth mentioning that Turner for many years (possibly, perhaps probably) worked as an informant for the FBI, supplying them with information about right-wing groups, and, after the revelation, announced that he would step down from “whites’ rights” political activism.

Diagnosis: There’s quite a bit to write about this guy, but I prefer to refer the reader to the SPLC’s extensive files rather than making my hands too dirty on this kind of shit.