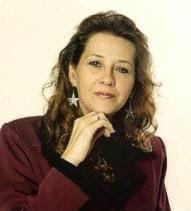 Her chosen alias might give her away rather promptly, and Trayer is a prolific neopagan author of many books for teenagers attracted to neopaganism (To Ride a Silver Broomstick, Teen Witch, and so on). As such she is the starting point for many neopagans (although given the daftness of her chosen alias one wonders how even deluded teenagers can get through them), and many young neopagans thus feel some attachment to her ideas. Apparently, however, older neopagans consider her work to be historically revisionist, overly simplistic, or as having borrowed too much from other religions. Her other nickname is derived from the suspicion that Trayer is not really motivated by sincere religious convictions.

We’ll leave the complaints of other neopagans to other neopagans. Reasonable people will probably take issue with Trayer’s promotion of magic in a manner seemingly inspired by the law of attraction (or prayer): that invoking the proper spells or using the proper herbs/candles/metals will make all of your problems go away. According to Trayer, however, neopagans are in fact just practicing science (no, she has no idea). In To Ride a Silver Broomstick, the claim is “[I]t is my personal opinion that most people are attracted to the Craft not by its religious content, but by its scientific and technological allure.” In MindLight, almost surprisingly unsophisticated quantum woo is invoked to back up the law of attraction  – yes, you, too, can use quantum physics to get whatever you want. It has to do with energy.

I do, however, wonder what she means by “[t]here is NO difference between Wicca and WitchCraft. Anyone who tells you there is a difference is experimenting in the theory of Occum’s Razor.”

A critique of her work can be found here (can't vouch for the source, but may be fine).

Diagnosis: Actually rather boring for this kind of crazy, partially given the nagging suspicion that Trayer isn’t being completely upfront about her motives. Still, she does continue to exert some influence over the weak of will (teenagers in particular), and it is certainly not benevolent.
Posted by G.D. at 12:36 PM