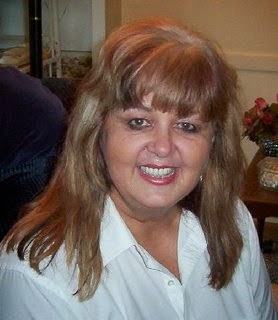 Ah, the starseeds. Starseeds are reincarnated space beings in human form who are destined to lead humanity into a shining tomorrow. They usually don’t remember that they are aliens but have special genes that activate at some point in their life (no, I don’t think the proponents of the theory really understand how genes work) to help them recover their lost memories; they have psychic powers and sustains a relationship to every mystical and religious tradition in Earth’s history because they tend to reincarnate as shamans, holy men and sages (but the genes are still from space). Younger starseeds are often designated as crystal children. Indeed: you may very well be one – after all, many starseeds haven’t been activated yet, and if you just seek the help and paid services of a qualified medium he or she can assure you that, sure, you are just waiting to be activated.

Theresa Thurmond Morris is one of the people who can help you. She’s a starseed herself and explains – or whatever you call it – the phenomenon here. It involves Lemuria, Atlantis and all sorts of exotic goddesses, and even the Bible: “The Indians were the closest spiritually to receiving the ET and their wars of the past long after Lemurians and Atlantians existed. However, some who lived beyond the great cataclysm and separation from the heavens of water and the worlds created below were allowed to live as beings of the ETs or Alien Hybrids to continue to come to back as in reincarnation from time to time. Jesus the prior master knew this.” And now you do too.

And yes, her rants are all written in a hilariously stilted and not impressively grammatical tone derived from the Bible and the speech of wise beings as portrayed in cheap, romantic Wal-Mart novels: “I have also asked how I can possibly put up with all the adversity in the world and on the topics in supernatural and paranormal opposing views as one who claims to be of both Christian and Science belief systems. My answer is this. We are all of the ALL and the Great I AM. What labels or threads we claim of our own life force as enhancements or ornamental behavior patterns is no more a control factor than our own DNA Genome,” which is (I think) not an answer. And even less coherently (perhaps): “One can learn to time travel with out of body experiences and if one needs to train we have the metaphysical institutes around the world.” Apparently Jesus was her brother in a previous life.

You can read an appreciation of some of her work here. At least she is pretty optimistic about the future: our “etheric ascension” was going to make us more highly evolved beings. The ascension was set for 2012. I have no idea whether Thurmond Morris thinks it actually happened or not.

Diagnosis: Needs help – at least with her grammar. Otherwise fairly harmless.
Posted by G.D. at 10:49 AM