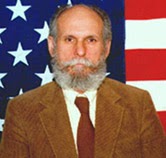 John Trochmann is a retired maker of snowmobile parts of Noxon, Montana, and founder of the paramilitary organization The Militia of Montana (MOM - at present usually interpreted as an acronym for "mail-order militia"), founded partially from the remnants of the earlier United Citizens for Justice in late 1992 in response to the Ruby Ridge standoff. The organization largely disbanded after the Y2K threat unsurprisingly turned out to be minor, but continues to exist at least on the Internet.

The basic beliefs were standard sovereign citizen stuff, for instance that individuals are not subject to the authority of either state or federal government unless they formally chose to enter into a “contract” with the government (e.g. having a Social Security Number). Trochmann has, accordingly, filed documents with a Montana court to have his status recognized. In the 90s he and his brother David, then familiar figures at town meetings, often argued that “common law” (their version, not the illegitimate version used by the courts) has established that property taxes invalid.

Prior to founding MOM, Trochmann spoke at and attended meetings at Idaho’s Aryan Nations (including several of the group’s Bible studies), and in the early days MOM’s sovereign citizenship idea also included a white supremacist component, e.g. that the citizenship requirements in force at the country’s founding were still operative, and therefore only white male landowners could be sovereigns, whereas all nonwhites and non-Christians were second-class “14th Amendment Citizens.” Though Trochmann later desperately tried to distance himself from white supremacism in order to make MOM more mainstream, MOM continued to publish material from white supremacists, including articles claiming that Jewish people are the “synagogue of Satan” and (predictably) in control of the government. Other central topics for MOM’s newsletters (Taking Aim) were conspiracies surrounding the alleged trail of blood and cover-ups on Clinton’s road to the White House, that the Oklahoma City bombings were orchestrated by the government (MOM’s Robert Fletcher declared “expect more bombs”), conspiracies surrounding NAFTA, the afore-mentioned Y2K – MOM promoted plenty of survivalist gear and techniques designed for getting through Y2K, and Trochmann managed to achieve some fame for it – and, most importantly, that unseen powers were using the United Nations to overturn the American Constitution and invoke martial law as they absorb the United States into an international totalitarian state. So that became their main target. They did, unsurprisingly, not accomplish much, though the aforementioned Robert Fletcher did reproduce a map from a KIX cereal box that purportedly denoted the occupational zones into which the United States was to be divided following the United Nations-sponsored takeover (we don’t know whether government officials accidentally put the map on the KIX box, or whether it was the work of a whistleblower). Later the ideas were expanded with various conspiracy theories surrounding the September 11 attacks in 2001 and the 2007 Financial crisis.

Trochmann later founded the Sanders County Resource Council (SNaRC), which is associated with campaigns against the tribal sovereignty of the Salish and Kootenay tribes, birtherism, and exposing the ominous threat of bear-activated satellite surveillance systems – Montana GOP vice-Chair Jennifer Fielder is associated with the group as well, despite the fact SNaRC was formed to serve as a front group for militia activity (Trochmann admits as much). As for the bear thing, SNaRC believes that conservationists who support wildlife management of local bear populations are part of a conspiracy to conduct surveillance on the militia movement. How? According to Trochmann “[i]f you try to do anything with these bears – they have collars on them. If you try to plug a bear and the heart stops there will be a satellite over the top you instantly to take your picture of you and call out the game wardens instantly.” And since a good militia members can’t avoid things with bears this is a powerful weapon.

Diagnosis: No, seriously, this guy is something of a legend – the Montana militia is a canonical example of how these militia movements work. It is somewhat disconcerting that “mainstream” Montana politicians are so heavily involved with the group, though, but I suppose it tells you something about rural Montana culture?
Posted by G.D. at 10:15 AM