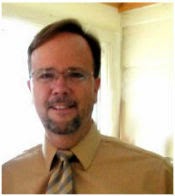 Matt Trewhella is pastor of Mercy Seat Christian Church in Wisconsin, Missionaries to the Preborn (the agenda of which should be clear from the name), as well as the Voice of Christian Youth America, and one of the religious right’s religious right. One telling characteristic of the religious right’s religious right to distinguish them from the “mainstream” religious right is their 2008 reaction to Sarah Palin’s vice-presidential candidacy; while roundly endorsed by the religious right, Trewhella and his ilk complained that a woman would be unsuitable for the job. Said Trewhella: “I was almost ready to vote for McCain and Palin myself. Almost. But I won’t. I was never keen on McCain to begin with, and his decision to add a woman to his ticket sealed my decision. I won’t vote for them. Why? Because I’m a sexist (as many accuse)? No. But because I’m a theist.” And of course, there is a liberal conspiracy to “effeminize, neuter, and rob males of their manhood,” an agenda that “results in rampant male irresponsibility,” which sounds conspicuously like the kind of rhetoric that certain groups in e.g. Afghanistan have used to argue that women should cover themselves up. And the problem isn’t just that women are allowed to hold positions of leadership; the problem is that they are allowed to vote in the first place – allowing women to vote, you see, is a socialist idea that emasculates men: “The Suffrage movement, wherein women obtained the right to vote, was manufactured by socialists who – because of the Christian consensus in the country at that time – guardedly used Christian words (and dress) to move their God-hating agenda forward.” But Trewhella is not a sexists, as he informatively points out himself.

Well, that gives you an idea of what this creature is about. He doesn’t like gay people either. Indeed, he hasn’t restrained himself much in his criticism not only of gays but of those who don’t abhor the gays like he does, and “disgusting” parents who “don’t protect your child from the filth of homosexuality”. He has at least admitted that he wants homosexuals to be arrested and imprisoned like they used to be (most wingnuts won’t admit that).

His organization Missionaries to the Preborn is militant (and sufficiently scary to make it to this one), and Trewhella has signed the “Justifiable Homicide” petition defending the murder of abortion providers (though he claims to have later removed his name). He has also been associated with the US Taxpayers’ Party (later Constitution Party), whose “patriotism” bordered on the terrorist; in the 1995 convention Trewhella suggested that: “This Christmas I want you to do the most loving thing, and I want you to buy each of your children an SKS rifle and 500 rounds of ammunition,” presumably as a way of both honoring the Second Amendment and sow the seeds of armed revolution against whoever Trewhella suspects to be opposed to it on the grounds that they disagree with him on other issues.

Diagnosis: A rather unpleasant fellow, in fact. He is unlikely to convert many to his cause, but he seems to have a knack for riling up the already hysterically insane.
Posted by G.D. at 10:38 AM