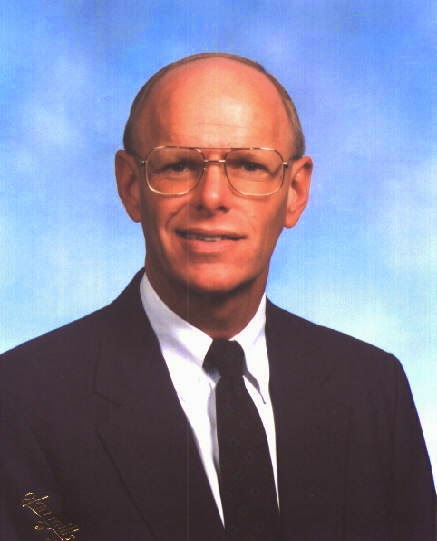 Bert Thompson is a creationist and former director of the Apologetics Press, a creationist organization (from the early 1980s until 2005). Thompson does indeed have a B.S. in biology and a Ph.D. in microbiology, and was for a while professor in the College of Veterinary Medicine at Texas A&M (an accredited institution, to be sure, but still something of a creationist hub) and former Coordinator of the Cooperative Education Program in Biomedical Science. More recently he was encountered as an adjunct professor of Bible and science at Southern Christian University in Montgomery, Alabama. He used to conduct regular YEC lectures entitled “Science & Nature: Two Votes for God” until 2005, but appears to have been removed from his post due to accusations of sexual misconduct with young boys (the organization is currently run by one Dave Miller, who promises to continue to fight against evolution “undaunted by Satan”). As for Thompson, he is, at present, apparently retired from active work in the creationist movement.

But even if he doesn’t make new contributions anymore some of his books are still in circulation. Promoting Christian beliefs from the perspective of young earth creationism, these books include Creation Compromises, which criticizes Christians who accept evolution, and The Truth About Human Origins (with Brad Harrub), which says precisely what you expect it to say.

Thompson’s presentations – professionally designed outreach efforts – included many of the standard canards, including appeals to the laws of thermodynamics and, notoriously, the alleged carboniferous footprints, putatively human footprints in rocks dated to be hundreds of million years old. Of course, Thompson notably didn’t include any pictures of the footprints in his lectures, since that would have, shall we say, blunted the impacto of his argument. But the point was of course never intellectual honesty and disinterested evaluation of the evidence (his article on the issue with one Trever Major – not written for serious publication, of course, since that would require actual serious treatment of the evidences – did not cite the relevant literature either). He has, together with many other rather delusional creationists, made a fool of himself over homo floresiensis as well.

Thompson originally gained some notoriety in the early 80s, when he was effective in trying to run off a couple of professors from Abilene Christian University because of allegations that they taught evolution. All in the name of academic freedom, of course.

Diagnosis: Stock creationist, and one of the few who actually has some real credentials (well, at least academic degrees). Probably neutralized at present, by the merciless ploys of the devil.
Posted by G.D. at 11:07 AM