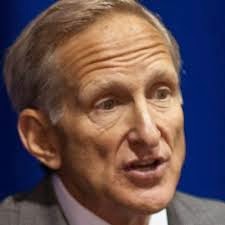 Many of you probably remember Christine O’Donnell from the 2010 elections, but O’Donnell wasn’t the only wingnut running for office as a Republican in Delaware. Indeed, she may not even have been the most crazy wingnut running for office in Delaware. Meet Glen Urquhart, the Republican Party candidate for the United States House of Representatives election in 2010 in Delaware’s At-large congressional district (and yes, he did lose pretty badly). To give you an idea of who Urquhart is:

Oh, wheee! Of course, the phrase is pretty explicitly in that latter (Urquhart has of course never bothered to read it). And Hitler pretty explicitly did not believe in such a separation, instead declaring an official established church, the Protestant Reich Church, in Germany.

He later admitted that the phrasing was unfortunate and that he is a strong supporter of the First Amendment, but adding that he also believes the government has gone too far in limiting people’s rights to express their religion by restricting athletes from holding prayers at high school football games, for example, or preventing public schools from teaching alternative theories to evolution such as creationism.

He did secure the endorsement of Mike Huckabee. He gets ours as well: Urquhart is clearly qualified for inclusion in our Encyclopedia.

Diagnosis: Complete moron, and the election results suggest that so is a not insubstantial minority of Delaware’s voters.

The argument about church and state seems to be rather popular among wing nuts; here is Rick Santorum trying it out a couple of days ago.
Posted by G.D. at 10:48 AM