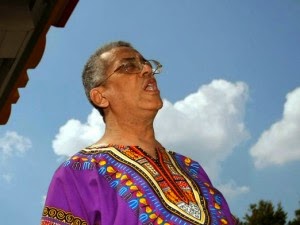 Rocky Twyman is a community organizer, church choir director and public relations consultant from the D.C. suburbs who managed to draw some attention to himself for his profoundly moronic solution to surging gas prices in 2008: prayer. Now, I am sure he is not the only one who has tried that one, but Twyman even went on a tour, staging prayers asking God for cheaper gas in DC (with volunteers from a soup kitchen joining in), at a San Francisco Chevron station, in Oakland (church members) and probably elsewhere. He has also suggested that the economy would recover and everything be perfect in America if President Obama would just emulate Tim Tebow and get on his knees to pray more often; “the answer is simple,” according to Twyman: “Tebow gives God glory for his success and God in turn blesses him.” Twyman has yet had scantt success with getting his insightful economic models into peer-reviewed economy journals (or in lowering gas prices, for that matter). Perhaps it is because he doesn’t discuss the question of whether people may already be praying for wealth and a flourishing economy, with negligible success.

Diagnosis: He doesn’t really understand how it works, and is sufficiently brazen about it that he’s earned himself some media time for his ignorance and idiocy. Probably harmless.
Posted by G.D. at 10:36 AM