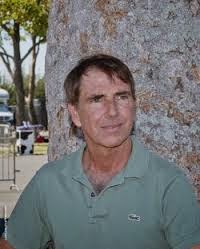 Marijuana is a tremendous source of ridiculous woo. But although claims to the effect that marijuana allows you to use more than the normal 10% of the brain are hardly worth discussing, the work of Clint Werner seems to have found an audience among people who really should know better. Werner is a San Francisco-based “researcher” and the author e.g. of Marijuana Gateway to Health: How Cannabis Protects Us from Cancer and Alzheimer’s Disease. Apparently the publishers didn’t give him sufficient space for a complete list of all the ailments from which marijuana, Werner asserts, can deliver you, which include in addition to Alzheimer’s (and most other forms of dementia) and cancer: epilepsy, tobacco addiction, Crohn’s disease, psoriasis, type 1 and 2 diabetes, stroke-related disabilities, gastrointestinal irritation, schizophrenia, degenerative arthritis, chronic traumatic encephalopathy, and retinitis pigmentosa. The book was apparently endorsed by Andrew Weil, and Werner earned himself some airtime on Coast to Coast AM with his … thing.

Werner has, of course, not the faintest trace of any relevant medical background, and has apparently no idea how scientific investigations work. Though he does, indeed, “cite” medical studies, the correlation between what these studies say and what Werner attributes to them appears to be somewhat worse than random, with a smattering of quote mining, cherry-picking, as well as liberal use of his own  imagination to fill in perceived gaps in the research. In short, there is no connection between marijuana and the effects Werner describes in his book but – big surprise – that has not prevented the book from achieving popularity among certain groups of readers.

And just for completeness sake, there is no evidence at present that cannabis cures cancer, whereas the evidence for cannabis as a therapeutic tool for dementia is “either inconclusive or still missing". Cannabis does not help with diabetes (this little detail apart), nor is there enough evidence to draw conclusions about the safety or efficacy of cannabinoids in the treatment of epilepsy. It is overall pretty worthless for glaucoma and has no measurable beneficial effect on anorexia or neurological disorders. A few areas of application do indeed seem promising –cannabinoids can serve as appetite stimulants, antiemetics, antispasmodics, and have some analgesic effects – but given the present state of research (due in part, of course, to legal problems any research runs into) any grand claims about the health benefits of cannabis are utter pseudoscientific rubbish.

Diagnosis: Pseudoscientific rubbish.
Posted by G.D. at 6:31 AM