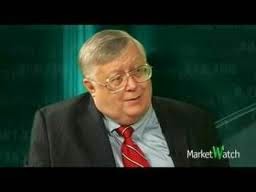 Shadow Government Statistics, or Shadowstats, is a conspiracy blog run by John Williams that, for some reason and despite its inherent ridiculousness, has managed to draw some attention to itself. In the blog Williams re-analyzes published statistics on government economics and unemployment, and reinterprets them to yield completely different results. According to Williams the official numbers have been manipulated over the past 25 years for dark and shadowy political reasons. To counteract this, Williams uses government reported statistics to make various apocalyptic predictions, after stating that such statistics are rigged and manipulated and therefore not to be trusted. Yes, there is a consistency problem there, but such compartmentalization is part and parcel of good conspiracy theorizing. If you wish to read his reanalyses, however, you have to join the site for a nominal annual fee of $175.

For instance (to use an example available to us), when the government calculated that unemployment was 5 percent in April 2008 and that inflation was 4 percent and economic growth 2 percent in 2007, they were lying. According to Williams’s own backside, the economy shrank 2.5 percent in 2007, unemployment was really 13 percent and 2007 inflation 7.5 percent. His main selling point is that government economic data are “out of touch with common experience,” which is of course the start of all rigorous science … Typically, and as another example, Williams believes that taking into account the improvement in quality of items in inflation calculations in comparison to older items is a trick. Some statisticians, on the contrary, may think that it might be a bit hard to compare the price of an old land-line phone and the price of a modern smart phone, and somewhat misleading to count the price difference as mere inflation, but to Williams hedging on such comparisons is a “trick” done to reduce Social Security cost of living increases and reduce government outlays, by bribing the BLS. And so it goes.

More advanced financial analysis conspiracy theorists may perhaps move on to Zero Hedge, whose author avoided a separate entry because of anonymity.

Diagnosis: It is hard to argue that he is doing much harm, but Williams is by all lights a standard conspiracy theorist and pseudoscientist who deserves his own entry partially because his is a notable branch of the money-related conspiracies and lunacy so popular in the US (from gold buggery to anti-Fed crankery).
Posted by G.D. at 11:23 AM