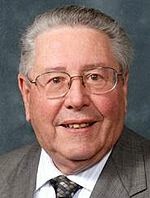 Stephen Wise is a (former) Florida state senator, chairman of the Senate’s Education and Pre K-12 Committee, and hardcore creationist. And then you know where this entry will be going. Although apparently dimly aware that teaching creationism in public schools tends to run into some Constitutional issues, Wise filed, in 2011, an eventually unsuccessful legislative proposal that would require Florida schools to teach an alternative he calls “non-evolution”. It is ostensibly not creationism; still, Wise argued, “[w]hy would you not teach both theories at the same time?” That is, both evolution and his … other theory, whatever it might be. You see, evolution is in trouble, according to Wise: “Why do we still have apes if we came from them?” Bummer. “And those are the kind of questions kids need to ask themselves,” continued Wise, though we surely hope not; hopefully even elementary school kids would understand why that is a stupid question (or perhaps go on to challenge the many historians who subscribe to the idea that many Americans are descendants of Europeans?). Wise, on his side, was not an elementary school kid, but a religiously fundamentalist GOP state senator, with all the insight, expertise and reasoning faculties that implies. And so it goes.

Wise had submitted bills calling for teaching creationism in science classrooms before, and learnt nothing. In 2009, he submitted his bill with the argument “if you’re going to teach evolution, then you have to teach the other side so you can have critical thinking;” though he failed to include geocentrism, homeopathy, the turtle-theory of the universe or the shadowy alien lizard-people theory of governments in the bill. (He was, of course, lying through his teeth, and by “other side” Wise meant biblical creationism; and no, that was not the first attempt to introduce creationism in public schools in Florida). Though he didn’t get unanimous support from them, he did manage to garner some support from fellow wingnut anti-science denialists, including Rep. Marti Coley, Ronda Storms and (then) future House Speaker Dean Cannon. “[Evolution is] technically a theory. Let’s present it for what it is,” said Coley, thereby displaying precisely how much he understands of science in general or evolution in particular.

His 2011 proposal, Florida Senate Bill 1854, eventually required a so-called “thorough presentation and critical analysis of the scientific theory of evolution” which is, of course, standard creationist subversion. Fortunately the bill died before it could do any damage.

And fortunately for everyone, Wise was run out of the Senate in 2012, though there are plenty of ignorant addlepates remaining and there will presumably continue to be that way as long as the Florida voters think things like this. Wise’s last effort before leaving involved a rather feeble and quixotic contribution to the imaginary war on Christmas.

There’s a good, but slightly old, list of some creationist State legislators here and a list of 2011 attempts to introduce creationist bills at the state level here.

Diagnosis: Abysmally ignorant addlehead, of precisely the kind that some voters apparently think is suitable for being granted political power. Hopefully neutralized by now, though there are always others to fill his place.
Posted by G.D. at 11:30 AM