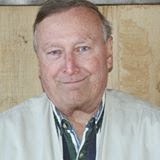 Thompson F. “Tom” Willis is the hardcore theocrat president of the Creation Science Association for Mid-America (CSA), and “researches in and speaks [i.e., he does outreach, not scientific research] on The Nature and Philosophy of Science, the Origin of Life, Kinds and Man, Geology, Dinosaurs, the Ice Age, the Genesis Flood, purported Human Evolution, Radiometric Dating and the Age of the Earth,” topics on which he has little or no background, knowledge or understanding, or interest in actually studying to learn anything. It is telling that the CSA has a standing offer to debate any “evolutionist” on their website, but no actual research program. Willis himself has written two books, Real Scientists Just Say NO! (To Evolution) and The Origin of Caves, and has co-authored (with David Brown), Ape Men – Science or Myth? None of these contain any research or scholarship either. The arguments are generally the expected ones: Evolution is based on faith, it is untestable, macro- vs. micro-evolution, evolution violates the laws of thermodynamics, God has forbidden the teaching of evolution (and so should the schools), creationists are being persecuted and expelled, evolution destroys society, leads to Hitler, and so on.

His conclusion? In his own words: “The facts warrent the violent expulsion of all evolutionists from civilized society. I am quite serious that their danger to society is so great that, in a sane society, they would be, at a minimum, denied a vote in the administration of the society, as well as any job where they might influence immature humans, e.g., scout, or youth, leader, teacher and, obviously, professor. Oh, by the way… What is the chance evolutionists will vote or teach in the Kingdom of God?” That’s the level at which Willis is pitched. Oh, but he isn’t done: “People without adequate mental faculties should not be allowed to vote; evolutionists don’t have adequate mental abilities since they believe in the religion of evolution; therefore evolutionists should not be allowed to vote.” So there. He also blamed the theory of evolution on slavery; historical consistency be damned. Kent Hovind has suggested something similar.

Oh, but he isn’t done: “Clearly then, ‘evolutionists should not be allowed to roam free in the land.; All that remains for us to discuss is ‘What should be done with evolutionists?’” His suggestions:

-       -“Labor camps. […] their life should continue only as long as they can support themselves in the camps.’
-       “Require them to wear placards around their neck, or perhaps large medallions which prominently announce ‘Warning: Evolutionist! Mentally Incompetent – Potentially Dangerous.’ I consider this option too dangerous.”
-      “Since evolutionists are liars and most do not really believe evolution we could employ truth serum or water-boarding to obtain confessions of evolution rejection. But, this should, at most, result in parole, because, like Muslims, evolutionist religion permits them to lie if there is any benefit to them.”

So there you go.

Willis rose to fame primarily through his engagement in the “Kansas Science Standards War” (or “Kansas Kangaroo Court”) on the side of denialism and pseudoscience (surprise). He did not get that attention for his acumen, intellectual rigor, or reasonability.

In lieu of the abject insanity of Tom Willis we feel an obligation to mention the other leading members of the CSA as well.

-       Kevin W. Anderson, who has no science background, but whose “years in electronics has shown him that programs and the mechanisms that run them, do not benefit from any random errors and that random errors could not account for the massive amount of information found in DNA.”
-       Kenneth (Ken) Carlson, who has no relevant science background either, but who “has unique insights into the evidences for the Biblical account of creation.”
-       Doug Dexheimer, who has no relevant background (a pattern emerges), but “is an amateur Geologist, and rock hound.”
-       Bob Farwell, whose “favorite hobby is fossil hunting, so he leads most of the CSA Creation Safaris where fossil hunting is involved.”
-       Mary Jefferson, who has no relevant background, but does have four children.
-       Glenn H. Kailer, who is deceased but whose current contributions to science based on his background in Biblical languages at an unaccredited Bible school are hardly worse than those of the rest of the group for that.
-       Lynn Lemons, who has no relevant science background.
-       Mark Matthews, whom we have encountered before.
-       Calvin P. (Cal) Myers, who is also deceased, but who, during his life, “sought in vain for evidence for so-called macro-evolution,” though he clearly didn’t want to find it either.
-       Larry Rink, Vice-President of CSA, whose “hobbies include astronomy, fossil hunting, and camping,” and who has no background in any remotely relevant fields.
-       David J. (Dave) Unruh, who has no relevant science background, but whose “Creation Science interests focus on the nature and limitations of the natural sciences, and the importance of knowledge of creation to ‘average people,’ and to the church;” that is, outreach in the name of Jesus, not testing hypotheses. Like the rest.

Diagnosis: Willis may possible be just a notch less scientifically sophisticated, and a notch more insane, than Kent Hovind. That’s quite a diagnosis.
Posted by G.D. at 10:16 AM