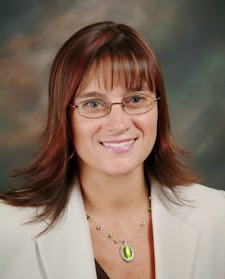 Dawn Winkler is a hardcore anti-vaxxer who in 2006 ran for governor of Colorado on the Libertarian ticket. She is also a mainstay at whale.to. “How on earth did we survive for millions of years WITHOUT VACCINES?” asks Winkler rhetorically [with random capitalization, yes]. “Could it be that our immune systems actually worked on their own?” Someone might notice something problematic with Winkler’s reasoning skills, and indeed: “Think about how RIDICULOUS the notion is that humans will die out if we do not interfere with Almighty allopathic medicine.” I don’t think the survival of the species is really the issue. It’s a bit telling that she thinks it is.

Now, Winkler tragically lost a daughter to SIDS, and she’s due all possible sympathy for that, but it doesn’t give her a carte blanche to go loon. Which she does. Winkler blamed the incidence on “mercury poisoning” from vaccinations, although that link is nonexistent (and recent evidence is starting to suggest that vaccination may be associated with a decreased rate of SIDS). Her 2006 campaign website promptly parroted all of the profoundly refuted PRATTs about a thimerosal-autism link (discussed here). Here is a fine example of the unhingedness of her lunacy.

Before entering that race, Winkler had already done much injury by fighting mandatory vaccination in California and Colorado, all of it equally based on misinformation, pseudo-science, denialism, paranoia, and fully failing to grasp what the issues might be. She popped up in the California frays again in 2012, when she was endorsed for instance by celebrity pediatrician Bob Sears. I assume it is needless to say that anyone concerned with their child’s health and safety should stay far away from Bob Sears.

Diagnosis: It’s a bit scary to realize that if Winkler were granted the power she is seeking, she would promptly seek to ensure the death of thousands of children and permanent injuries to millions of others. “But her intentions are good,” some might say, but I am not sure intentions count as “good” anymore when they are based on such utterly misinformed, crazy beliefs.
Posted by G.D. at 11:24 AM