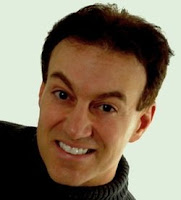 Dumpster diving in the Discovery Institute’s petition A Scientific Dissent from Darwinism also produced today’s entry. Nicholas Comninellis is Associate Professor of Community and Family Medicine at the University of Missouri, Kansas City. We have been unable to locate any actual research output for Comninellis (doing science is not a prerequisite for signing the Discovery Institute list), but he is at least the author of several creationist books, including Creative Defense: Evidence Against Evolution, which apparently argues that “[p]hilosophically, the dogma of evolution is a dream, a theory without a vestige of truth,” whatever that means (it certainly doesn’t suggest a discussion of the scientific evidence for that scientific theory). He has also produced Darwin’s Demise: Why Evolution Can’t Take the Heat, which helpfully demonstrates how its central argument relies on wishful thinking in its very title. Harun Yahya is apparently a fan of Comninellis’s writings, which for someone dabbling in biology is the equivalent of being endorsed by Craig Paul Cobb if you’re doing political theory.

Diagnosis: Crackpot who hates science (and philosophy) since it threatens the beliefs he arrived at by non-evidential and non-rational means. I suppose that since he is, in fact, affiliated with a real educational and research institution it’s a good thing he is so open about his anti-science attitude.
Posted by G.D. at 3:21 AM