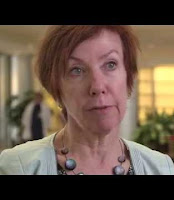 The money is apparently too tempting, and the result is that today even venerable, well-respected medical and academic institutions are experiencing the aggressive intrusion of woo, pseudoscience, fraud and quackery. Among those fallen to the temptation of incorporating medieval witchcraft alternative medicine and faith healing is the University Hospitals of Cleveland, which since 2011 has been offering reiki, acupuncture and reflexology to people in pain and distress. Reiki, of course, is faith healing, but with an orientalist rather than Western-medieval wrapping that makes it more palatable to urbane middle-class people with slightly racist attitudes toward people with Asian backgrounds. Reflexology, on the other hand, is the idea that one may be able to affect specific organs by linking them to where they are “mapped” on the soles of the feet and palms of the hands, based on the same noble and ancient principles as palm reading. Neither treatment is even remotely supported by any serious medical evidence, of course. But as Dr. Francoise Adan, medical director of UH’s new Connor Integrative Medicine Network, tried to explain, “[w]e are an academic center, so these are evidence-based therapies.” No, Dr. Adan. That’s not how it works.

And that last sentence gives you a hint about the identity of the “Connor” part of this entry as well. Chris Connor is the chairman and CEO of the Sherwin-Williams Co., and has been a board member at UH for more than 10 years. He and his wife Sara have apparently decided to spend some of their fortune to offer non-efficacious, fake medical treatments to people, and funded the program at UH in 2013 with a $1 million gift, “knowing that people would be more open to such therapies if they were offered through a medical center.” Indeed. None of the money was earmarked for the purpose of trying to boost the acceptance of such treatments through, you know, evidence. The real villains, of course, are the administration at the University Hospitals of Cleveland who lacked the integrity, spine and moral compass to decline the gift. And apparently more than 1,500 employees of UH have been treated with “integrative medicine” and, disconcertingly, 356 of them have undergone reiki 1 training.

Diagnosis: Some wealthy people do indeed spend part of their wealth to benefit humanity. Others spend it like Chris Connor. A serious threat to humanity and civilization.
Posted by G.D. at 3:05 AM