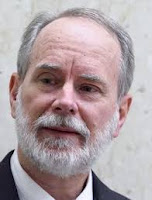 One of the unfailing characteristics of pseudoscientists is that they are oppressed. One of the unfailing characteristics of Christian fundamentalists is that they are persecuted. And when a movement is both pseudoscientific and fundamentalist, like the Intelligent Design movement, you’d expect them to construct a whole mythology out of it (as illustrated for instance by the movie Expelled).

A more recent story of persecution pushed (variably – even the Discotute may have dimly realized that they didn’t have a very good case here) by the Discovery Institute concerns David Coppedge, a computer technician (yes – though the Discovery Institute would go to lengths to try to enhance his credentials) who was demoted and then fired by the JPL in 2012. Coppedge, on his side, claimed to be the victim of discrimination against his views on creationism. The JPL, however, pointed out that Coppedge was out of line harassing scientists with nonsense, passing out DVDs of creationist nonsense, pushing his website, and basically wasting his time and not doing his job. They had repeatedly warned him, and even through his demotion Coppedge persisted. So they fired him, understandably enough. Coppedge, backed by a team of creationist lawyers, sued. The case (covered in detail here) was made difficult by the fact that Coppedge evidently struggled to distinguish reality from fantasy and tended to see conspiracies everywhere – and then there is his legal brief, which included a three-page “screenplay” dramatizing his interactions with one of his co-workers while admitting that “[s]ome liberties have been taken with the dialogue and action as artistic license” (not obviously something legal experts would advise you to include in a legal brief). The lawsuit failed, and his lawyer, William Becker, was not happy: “David was the victim of religious discrimination because a handful of malicious co-workers hated his Christian views,” said Becker, which is hilariously false but very telling with regard to the delusional mindset – persecution complex – of this particular group of people mentioned above. It is also telling that the Discovery Institute, who vehemently (and falsely) denies that Intelligent Design (ID) is a religious view, also seems to think that anti-ID moves constitute religious persecution.

Coppedge’s website, Creation/Evolution Headlines, is, by the way, one of the most preposterous young-earth creationist websites out there. Coppedge is also a board member of Illustra Media and has written posts for the Discovery Institute’s Evolution News and Views. And his arguments, by the way, are the same as ever, distinguished (perhaps) only by a particular penchant for citing some exciting paper and declare that evolution cannot explain how the system in question could have evolved without doing any research whatsoever on whether biologists have actually already responded to the challenge.

Diagnosis: A loon, and a persistent, relentless one. The lawsuit might have given him more prominence and influence than ever, but Coppedge seems to be sufficiently crazy that his contributions may do more harm than help to his anti-science movement.
Posted by G.D. at 5:51 AM