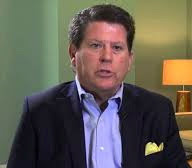 So what we have for you today is yet another wingnut bigot, Dan Cummins. Cummins is a megachurch pastor and political activist of the “The-American-economy-politics-and-culture-are-dying-because-of-sin” (yes, he said precisely that) white, old, male. cranky kind who has lamented the corruption of the youth since the beginning of mankind. In particular, Cummins claims that preachers are needed in politics to prevent “giving opportunity for the fallows of socialism” to corrupt the nation (are these people even remotely aware of how daft they sound?). Rather, we must maintain “the balance between church and state, not the separation of church and state” and get “Christ in the economy, Christ in Congress, [and] Christ in the culture” to prevent the imagined woes of sins of said youths.

The prime target is of course the gays, and Cummins is not afraid to crank up his rhetoric to the most rarefied levels of ridiculousness. After pointing out the evils of Mao, Kim Il-Sung and Stalin and the woes of the Iron Curtain, Cummins proclaims: “Now, in the midst of the American Culture War, behind another curtain of sorts – a life-size photographic scrim concealing a facelift to the Supreme Court’s crumbling west façade – Justice Anthony Kennedy has ordered a redecorating of the nation’s landscape with a bold, colorful and inclusive statement – the Rainbow Curtain – a polyamorous blend suited for a post-moralist motif, designed to safeguard the modern American family from the narrow-minded views of those ‘animus’-filled Founding Fathers.” And he said it all with (apparently) a straight face. The rainbow curtain. “From their juridical lair, the liberal Gang of Five recently set off a catalytic charge toppling traditional marriage – the last principled pillar upholding Uncle Sam’s home,” he also said about the Supreme Court rulings, which in no way forbade or put any restrictions on traditional marriage, but you know: when other people gets to have fun, that sort of topples Cummins’s fun. “What’s ahead for those in the Gay Zones who refuse to comply with Kennedy’s dictates – re-education camps for homophobic racists? Will Big Sis employ foreign troops invading through our unsecured borders to enforce the transition into this brave new world? What stark new realities are ahead for those behind the Rainbow Curtain? Will Americans become refugees in their own country as they flee with their families into neighboring Free Zone states?” Yes, according to Cummins, America is now divided between “gay zones” and “free zones” (because allowing gays to marry is just like Stalin), and he was wondering whether Janet Napolitano (“Big Sis”) would allow a foreign invasion to enforce marriage equality (presumably using homosexual Mexican-Chinese jihadists).

To prevent this spiral into the abyss, Cummins was also involved in arranging the 2014 March for Marriage in DC. Although NOM and various pseudo-newspapers pretended that 10,000 people showed up, at least Cummins admitted that they got just a fraction of that number. And this “apparent lack of support for nuptial bliss” (good f**ing grief!) only convinced him further that America is doomed. “Why is the preservation of biblical marriage so important to our culture? Why is the left, those left at the rapture, desperately attempting to destroy it? Marriage is a picture of Christ and His church [doesn’t sound very straight to me, but that’s me]. It portrays the kingdom of God and his righteousness revealed on earth. That’s why Satan hates marriage.” No, he really doesn’t get it. Not even remotely.

Diagnosis: Impressively foolish bigot. One wonders how people could listen to the flowery garbage that falls out of his mouth for more than a minute (except for somewhat painful comedy value), but he does apparently lead a megachurch, so he can’t be completely written off as harmless.
Posted by G.D. at 5:49 AM