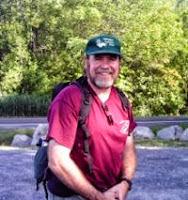 Thomas D. Hennigan is a young earth creationist associated with Answers in Genesis. He has published several articles in their house journal Answers; for vol. 2 he wrote “Toward An Understanding of Arbuscular Mycorrhizal Symbioses within a Creation Model of Ecology: Implications for Godly Stewardship and Sustainable Agriculture,” which may sound technical, but is really an argument that symbiosis between fungus and plants provides a reason for religious people to take care of the earth. It does not even remotely support a godly created earth one bit.

For vol. 4 he coauthored (with Jean K. Lightner, Georgia Purdom, and Bodie Hodge) the article “Determining the Ark Kinds” – presumably as part of the Ark Encounter project, in which the authors attempted to determine which kinds of animals were on the Ark – an important project for the creationist discipline of baraminology (it is commonly claimed that the size of the Ark did not allow all species to be present, but “kind” does not necessarily mean “species”; the species of today would thus have to have developed after the Flood – though not, of course, through evolution). The authors of said article discuss three baraminological systems: hybridization (animals that can produce hybrids represent a single kind, applying an old, mythical, and senseless definition of “species”), cognitum (“a cognitum is a group of organisms that are naturally grouped together through human cognitive senses,” i.e. they are the same kind if they look kinda similar), and statistical baraminology. They conclude that the cognitum approach is best, partially since “Adam would have recognized created kinds by sight.” There is no science or even attempt to make useful distinctions (genetic information is rejected as a potential determinant), and they conclude by asking for prayers for the reader. It doesn’t present anything to support creationism either.

For vol. 6, he produced “An Initial Estimate Toward Identifying and Numbering Amphibian Kinds within the Orders Caudata and Gymnophiona”, another attempt to enumerate “kinds” by the method of just making it up as you go along. Sometimes kinds are equated with families and sometimes not, and that’s that.

According to his bio, Hennigan became a creationist after realizing that “[s]cientists studying the past were not present at the beginning and don't know the initial conditions, so they must conjecture based on preconceived philosophical assumptions.” That is, in translation, “the massive amount of evidence can’t answer Pyrrhonian skepticism, so I choose to believe whatever I want.”

Since he is passionate about creationism, he does what creationists do instead of science: outreach. Hennigan’s strategy for winning the scientific debate is thus, as expected, to spend a lot of effort speaking to church youth groups, congregations and Sunday school classes. It wasn't really ever about the evidence.

Diagnosis: Complete moron who tries his best to combat reason, rationality and accountability. Perhaps not the most influential character in the movement, but seriously crazy nonetheless.
Posted by G.D. at 10:25 AM