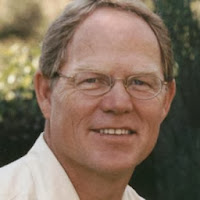 Hendrik "Hank" Hanegraaff is the host of the Bible Answer Man radio program, and has sometimes been described as something like a voice of reason, wisdom, intelligence, modesty, and moderation in Evangelical Christendom – he has, for instance, called for toning down the conspiracy mongering and satanic panic hysteria, and denounced Keith Butler. But seriously; if Hanegraaff is your voice of reason, you have a reason-related problem, and Hanegraaff is batshit insane, even if the argument could be made that he is slightly less extrovertly maniacal and greedy than Kenneth Copeland and Benny Hinn.

Hanegraaff is for instance a staunch creationist (though he seems to be non-committed with respect to the age of the earth) and global warming denialist, and he rejects the idea that overpopulation might be a problem (apparently because he perceives the idea as a threat to his anti-abortionism). He is also president of the Christian Research institute, which appears to do “research” (assertions) on these and similar issues. Hanegraaff doesn’t like it when Jesus teaches something Hanegraaff disagrees with, either, such as pacifism, and Hanefraaff has become rather well known for engaging in rather elaborate sophistry to achieve his intended interpretations.

The fact that he generally shies away from politics on his show has not prevented him from declaring that the Bible is under attack (from Obama).

Diagnosis: Even if he may occasionally appear to be a voice of reason in his environment, that is because of the obvious contrast class. Hanegraaff is a deeply crazy denialist and fundamentalist, and should be treated as such.
Posted by G.D. at 9:27 AM