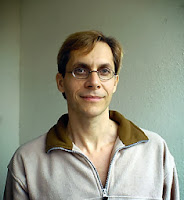 Mark Hazlewood is probably one of the silliest crackpots on the internet, and there is some competition for that title. Hazlewood claims to be a “spiritual man” who has no training in science. That did not prevent him from writing the book Blindsided, Planet X Passes in 2003, EARTH CHANGES! which in the title itself rather nicely illustrates the spiral of ever-increasing paranoia that results from having views so thoroughly unanchored in reality.

Planet X is supposed to be a rogue planet or a brown dwarf (which would, of course, be impossible), and is apparently the same as the mythical planet otherwise known as Nibiru. It was originally speculated to pass earth in 2003 and cause cataclysmic events (including alien invasions), but when this (unsurprisingly) didn’t happen, the predictions were moved to 2012. Didn’t happen then either, of course, but it would frankly not be entirely unsurprising if Hazlewood didn’t notice insofar as his delusions are borderline bizarre. Hazlewood based his claims about the planet it on the writings of Zechariah Sitchin, who based it on the silly speculations of Velikovsky and misreadings of ancient Sumerian texts.

It is a little unclear how Hazlewood gets his predictions and how he attempts explain why the rest of us don’t see it. At one point, he claimed to predict the planet’s comings and goings because its orbit is “stable” and it passes by every 3600 years. But if it is stable, it would easy to calculate how far away it could be: at most 900 million kilometers (at the time of his prediction), which would have made it easily visible to the naked eye. He also said the orbit is “unstable”, in which case one couldn’t make predictions about its comings and goings. He appears to be unaware of the rather obvious contradiction.

So OK; he has later admitted that a planet like this wouldn’t exist and be unknown by the scientific community. And I guess you know where this is going. In Hazlewood’s own words: “Understanding that it's the same people that committed the 911 atrocities that are behind hiding Planet X, is a significant piece of information for all to comprehend.”

A comprehensive resource on the silliness of Hazlewood can be found here, and a resource on planet X is here.

Diagnosis: A stellar example of what the internet age has done to crackpottery. It is a little amusing, but it might also be a cause for worry. Hazlewood himself is probably a relatively minor worry, though.
Posted by G.D. at 11:37 AM