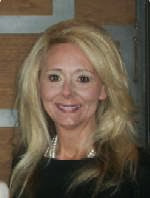 Rebecca Hardcastle runs the website exoconsciousness and, with Terri Mansfield, she is co-director of Peace Exoconsciousness for Quantrek (a group founded by Edgar Mitchell). I think we ought to let Hardcastle herself sum it up: “Quantrek combines science and spirituality with quantum physics and cosmology. It is dedicated to researching and applying new forms of energy, especially zero point energy, and has an interest in extraterrestrial intelligence of the purest energy.” Right. She is also into exopolitics, but as she points out, whereas exopolitics is just a new branch of social science “to classify Exoconsciousness as simply a ‘new paradigm’ is certainly too limiting. […] As I developed Exoconsciousness, I based it on twin pillars of 1) Quantum Science and 2) validity of Subjective Experience.” So, yes – it is indeed very different from any existing science. In fact, it is pretty much applied wishful thinking, based on the time-honored principle ‘what I believe is right, is right’. Which is good for Hardcastle, I suppose, since I doubt there is very much else that would validate her research (and no, it is not based on quantum science, if anyone wondered). If you are interested it is detailed in her self-published book Exoconsciousness: Your 21st Century Mind. Summary: “Is UFO visitation an ancient and ongoing event, connecting us to the stars? If so, does human consciousness have extraterrestrial origins? Is human consciousness equipped for extraterrestrial travel through astral and inter-earth dimensions? Are humans developing advanced extraterrestrial abilities: telepathy, teleportation, ET healing, and bi-location? A growing body of scientific, metaphysical and Ufology research answers with a resounding YES.” Remember, again, that she includes “the validity of personal experience” under the “science” rubric.

She also teaches Exoconsciousness at the International Metaphysical University (not yet quite accredited), including Peace Exoconsciousness, “the extraterrestrial intelligence (ETI) science of love from the heart, the 21st century mind, linking Earth and its citizens directly to multi-universes.” Hardcastle and Wright are, according to themselves, “ETI hybrids”, and have “moved beyond showing that UFOs and extraterrestrials exist, and now focus on obedient relationships with ETIs (extraterrestrial intelligences) who are aligned with God energy in spirituality and science.” They also “work with healer and science & math intuitive Dr. Suzanne Mendelssohn, founder and President of Fundraising in the Public Interest” (‘math intuitive’ presumably means ‘able to obtain the result that intuitively seems right from an equation without doublechecking by actually doing the calculations’).

The website of the International Metaphysical University is here. According to their website they offer “REAL education” (complete with Caps Lock), which one suspects does not mean “accredited”. Their course catalogue is here. Who wouldn’t want to be “ordinated” and declared be declared a Ministerial Lightworker by Deborah Lindsey – it comes with a Certificate of Ordination that “provides a degree of legal protection for students in our programs.” Or what about the “Basic Principles of the Law of One”, where students “can expect to learn how to graduate from third density, the Density of Choice, and go on to fourth density, the Density of Love,” under the tutelage of one Carla L. Rueckert. Do investigate that offer, it is priceless (if expensive). And are there shades of the work of Charles Gilchrist here as well?

Diagnosis: It doesn’t come more complete than this. At least the students signing up for the IMU courses are unlikely to get to a point where they can do real damage, and websites like exoconsciousness does, undeniably, make the day a little brighter.
Posted by G.D. at 12:25 PM