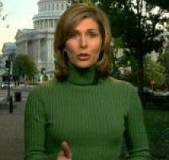 Philip Atkinson appears to be British (that actually puts things in perspective) and hence disqualified. Thus, we have another antivaxxer on our hands. Sharyl Attkisson is an “investigative correspondent” in the Washington bureau for CBS News and a sometimes substitute anchor for CBS Evening News. She has won various Emmy Awards, as well as other awards, in particular for her “follow the money”-reporting. Well, there is no chance that Attkisson would ever miss a conspiracy, at least. She’s bought the antivaxx propaganda hook and sinker, and after Wakefield’s fraud was exposed she has made a bit of effort to find a lone maverick antivaxx scientist replacement (after all, she had gullibly swallowed Wakefield’s schtick already), and she has – for instance – relatively recently given CBS coverage to a rather disconcertingly similar (and ghastlily incompetent) literature review by one Helen Ratajczak. Of course, when Ratajczak’s “study” (and Ratajczak’s “study” contains some, shall we say, speculative elements itself – she didn’t hesitate to quote the research of the Geiers, for instance) doesn’t quite prove to be conclusive enough, Attkisson has no qualms filling in the gaps herself. More here. Both Attkisson and Ratajczak are duly taken down here. (Seems like none other than archcrank Joe Mercola picked up the Ratajczak Attkisson drivel as well, which is not a point in Attkisson's favor).

Attkisson is not a newcomer in the antivaxx game. Already in 2007 she published an article “Autism: why the debate rages”, which contained more or less all the classic fallacies: “science has been wrong before” (therefore I am right now), pharma shill gambits, and “science doesn’t know everything”  (therefore my opinion is just as good). Support for her favored view seems to amount to, well, nothing in addition to the attacks on science, really. She has subsequently been caught creeating news stories straight out of propaganda leaflets from the Age of Autism and Generation Rescue.

True to form, she also reports favorably on other forms of woo and denialism, such as breast cancer crankery.

In 2012 she received an award at the Conservative Political Action Conference from Accuracy in Media, a right-wing group with a long history of promoting anti-gay views and conspiracy theories. For the occasion MediaMatters produced a helpful sample of the crankery promoted by either party.

Diagnosis: A reporter with an agenda, and calling her “biased” is an understatement. Given the exposure she gets for her misinformation she must be considered extremely dangerous.
Posted by G.D. at 3:16 PM