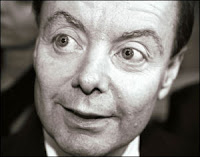 First of all, let us give an honorable mention to youtube comedian and Tea Party motivational speaker Bob Basso, who fancies himself a 21st Century Thomas Paine (he has no clue, apparently, who Paine is), and who was “reportedly” summoned to the White House by President Obama to discuss the subject matter of his youtube clips (the rumour has, to put it mildly, not been verified by anyone but Basso). His main line of argument seems to be that “[t]xation without representation is tyranny,” therefore something. But to give Basso his own entry would be to exaggerate his importance, so we won’t.

There is no way around Gary Lee Bauer, however. Bauer is a politician, theocrat, former (long-time) president of the Family Research Council – which does propaganda, not research (but doesn’t really know the difference) and is considered a hate group by the Southern Poverty Law Center – global warming denialist (that’s an offieial Family Research Council position, showing what kind of standards they have for ‘research’; more here), ardently pro-war chickenhawk, conspiracy theorist, former president nominee, founder of the Campaign for Working Families (dedicated to electing “pro-family, pro-life and pro-free enterprise” candidates to federal and state offices), supporter of Teen Mania Ministries, president of American Values (read: batshit insane dominionist Taliban values; it is “committed to defending life, traditional marriage, and equipping our children with conservative values”), member of the Executive Board of Christians United for Israel and the wingnut Emergency Committee for Israel, and chairman of the Forgotten American Coalition.

His political positions are thus relatively straightforward: pro-life (advocating that the Supreme Court should overturn Roe v. Wade and claiming that legal abortions means that “God is removing His hand of protection from America”), against stem-cell research, campaigning to cut funding for Planned Parenthood, anti-euthanasia (because it contradicts the “strong Christian foundation of the Constitution”), against anything but abstinence only sex education, and supporting a Constitutional Amendment to ban same-sex marriage. All the same he has ardently argued that the US should not trade with China until the country “improves its human rights record”, which is rather disingenuous – to get an idea of what kind of human rights values Bauer stands for you may savor this quote: “The long-term goal of Christians in politics should be to gain exclusive control over the franchise. Those who refuse to submit publicly to the eternal sanctions of God by submitting to His Church's public marks of the covenant – baptism and holy communion – must be denied citizenship” (which seems for instance to imply that circumcision should be a necessary condition for citizenship)

Or what about this?; or this?; or this quote: “Progressives and Islamists are indeed on the same side. Their common disdain for Christianity explains why left-wing judges in America find any inkling of Christianity in the public square unconstitutional, while Islamist judges in the Middle East deem it executable. Their common view that life is expendable explains the left's embrace abortion-on-demand and why the Islamists don't hesitate to deploy their own children for homicide bombings.” The fact that Bauer in fact agrees with radical Islamists on virtually every policy issue is a fact that he would never countenance (particularly because he isn’t very interested in facts to begin with).

Bauer is also a signatory of Chuck Colson’s Manhattan Declaration, which calls on evangelical, Catholic and Orthodox Christians (not mormons; they’re apparently not welcome) not to comply with rules and laws that they claim would compel participation in or blessing of abortion, same-sex marriage and other matters that go against their religious consciences. The document itself is breathtakingly historically revisionist, containing framings such as “[a]fter the barbarian tribes overran Europe, Christian monasteries preserved not only the Bible but also the literature and art of Western culture,” and “[i]n Europe, Christians challenged the divine claims of kings and successfully fought to establish the rule of law and balance of governmental powers, which made modern democracy possible.” You don’t need to know a lot of history to recognize the ridiculousness of these claims. More here (yes, it’s huffpo – conscience-related hesitation about following the link is understandable).

Bauer is also known for claiming that AIDS victims “deserved to die”, and for claiming that if it wasn’t for the heroic efforts of Fox News, President Obama would have already turned America into a totalitarian dictatorship (though Bauer has, as we have seen, already revealed a rather significant lack of understanding of what “totalitarianism” means).

Here’s Bauer comparing the Occupy Wall street protesters to terrorists because, well, because Bauer isn’t very good at making distinctions. Here he rather bizarrely tries to argue that Jared Loughner would “fit in well with the Occupy Wall street protestors,” because he doesn’t like the protestors and dimly realizes that he kinda shouldn’t like Loughner either, and therefore they must be ideologically equivalent (there are only two possible ideological positions: Bauer’s own (God’s) and the enemy’s.)

His perhaps most bizarre stunt in recent times, however, might be his flailing attack on Sandra Fluke, as part of his fight against the Obama administration’s “contraceptive mandate.” According to Bauer, ensuring that women have access to contraceptives is furthermore an assault on the Catholic Church and on religious freedom, and makes the United States akin to Cuba and China and Obama similar to a “third world dictator”. He also denounced the left’s hyperbolic rhetoric.

His aforementioned views on gay rights are predictable enough. According to Bauer, Obama’s support for gay rights shows he isn’t "fighting for the little guy," but he has offered no further explanation.

Diagnosis: Hardcore dominionist, gleeful Liar for Jesus, and rotten to the core. Gary Bauer nevertheless manage to stay in a position of influence; extremely dangerous.
Posted by G.D. at 2:41 PM