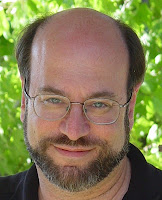 Loyd Auerbach is a professor of parapsychology and a researcher on psychic phenomena; that is, he runs his own (primarily online) courses and charges money for them. He is also a professional mentalist and entertainer, (performing as “Professor Paranormal”) and has served as President of the Psychic Entertainers Association. Those credentials scream “fraud”, of course (or perhaps even “professional Thespian”) but apparently Auerbach seems to take it seriously – though he likes to emphasize that he is a parapsychologist, meaning that he researches these phenomena, and not that much of a psychic himself. Auerbach is also the creator and principal instructor of the Parapsychological Studies Certification Program at the HCH Institute in Lafayette, CA which – as described by Wikipedia (in an article that bears all the hallmarks of being written by Auerbach himself or some of his fans) – “was approved by the State of California”. There is no further explanation for the past tense.

Now, Auerbach takes pains to remain “sensible” and “skeptical”. Unfortunately, for Auerbach the only properly reasonable way to take is that “the jury is still out”, which, in turn, seems to imply that paranormal phenomena are genuine. You see, according to Auerbach “[w]e do scientific investigations of all the evidence, taking into consideration people's feelings, as opposed to those who just want to get the facts and run.” In other words, proper scientific investigation means accepting his feelings regarding what ought to be true to be counted as evidence as well. It never ceases to amaze us that people who are otherwise able to construct grammatical sentences can try to argue with a straight face that when evidence doesn't support one's favored hypotheses, one should change the standards of evidence rather than reject the hypothesis. Auerbach is further discussed here.

Like Dianne Arcangel, Auerbach is affiliated with the Forever Family Foundation.

Diagnosis: As a result of failed efforts to understand the concept of open-mindedness, Auerbach probably means well but remains virtually as gullible as they come (no, the fact that he rejects ancient austronauts is not sufficient to establish that he is sensible). His impact is probably limited, however.
Posted by G.D. at 6:21 PM