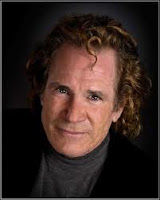 Due to the untimely demise of celebrity physicist Samuel T. Cohen, whose contribution to the myth of Red Mercury cannot be exaggerated, we move on to the “visionary, author, speaker, composer, teacher, metaphysician, motivator, and musician” Gene Wall Cole, who is perhaps best known for his promotion of the Jesus Diet for a healthy, thin life (Jesus was thin, right?). His book “Jesus’ Diet for the Whole World” has been claimed to be “from deep inside the Vatican Vaults!” but it is unclear to what extent the claim is supposed to be true. From its description on Cole’s website: “If you are one of the millions of readers fascinated with the historical implications raised in The Da Vinci Code and found yourself wanting more; if you are one of the millions of people struggling with weight issues and haven't found a program that fits, […] then Jesus' Diet is a must read.” That’s the logic and generally sensitivity to evidence and reality permeating Cole’s contributions to civilization.

He’s got plenty of other tricks up his sleeve as well. His main project seems to be something called “THE awakening imagiNATION”, a “growing community that lives by Einstein’s motto: ‘Imagination is more important than knowledge.’ [which one suspects is taken slightly out of context] Using mere words to convey such a message is almost a contradiction [?], but when you have found water in a desert full of thirsty people, you have to shout – THERE IS WATER HERE!” No, I have no idea what he is talking about, but neither, it seems, does he. But then, the whole thing seems to be based on Cole having reached a higher level of wisdom: “We are learning to speak with an uncanny logic that can't be denied, but with an inner knowingness and ecstasy that portrays deeper meaning.” Motivational speakers are supposed to utter sentences devoid of content in a motivational manner, but Cole appears to have taken this principle to hitherto unexplored levels. According to his website Cole can be hired to “help prevent truth decay,” by telling people to “Follow Your Dreams.” He also seems to advocate Oprah for president, but I am not completely sure given his recurring problems with coherence.

Diagnosis: Exasperating, but probably not particularly dangerous.
Posted by G.D. at 12:59 PM